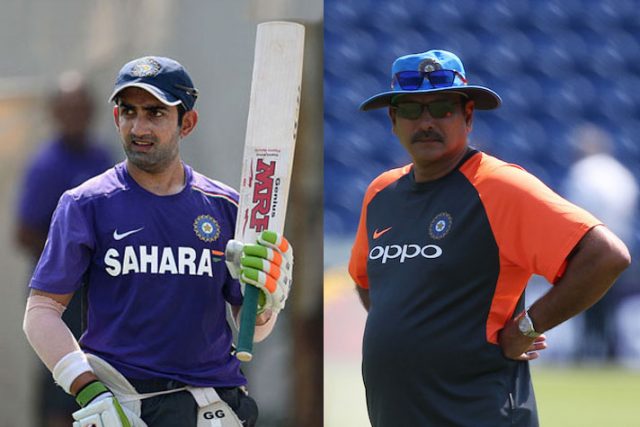 Meanwhile, former Indian opener Gautam Gambhir has lashed out at Ravi Shastri for boasting about his achievements as coach. Talking to Times Nowe Bharatvarsh Gambhir opened up on Shastri’s shortcomings as India coach.

“The one thing I found surprising is that when you play well, you don’t usually boast about it. It’s fine if others talk about it; when we won the 2011 World Cup, no one gave statements saying that this team is the best in the world, let alone country,” Gambhir said.

“When you win, let others talk about it. You won in Australia, that’s a big achievement no doubt. You won in England, performed well, no doubt. But let others praise you. You won’t hear such statements from Rahul Dravid. Whether India play good or bad, his statements will always remain balanced. Moreover, it will reflect on other players,” added the former Indian opener.

The southpaw further said Rahul Dravid would never boast about his achievements as coach but instead would teach the team to stay grounded. He said that humility is important for players and that is exactly what he would teach the players.

“Humility is very important, whether you play good or bad. Cricket won’t go on forever. I think Dravid’s major focus will be on players being good people first,” Gambhir further said.

Dravid, India’s newly-appointed coach has already won his first series as coach. India beat New Zealand in the first two games and is 2-0 up in the three-match series. The final T2oI will be played later tonight in Kolkata.