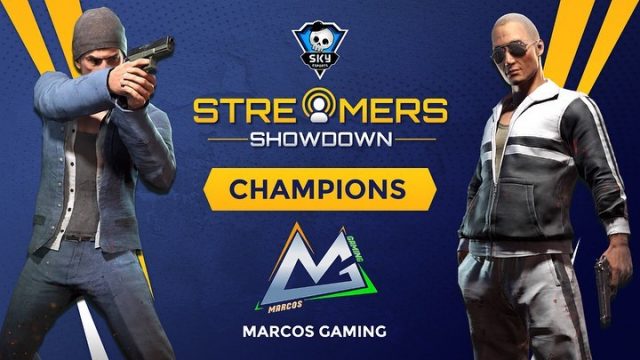 Now that Battlegrounds Mobile India is back, the esports ecosystem of PUBG Mobile is back on track again. Esports organizations have started to sign professional teams and content creators. Players have started their grind to compete in National and International level esports tournaments.

Big shout out to Marcos Gaming who are CHAMPIONS of the first ever Clash of Clans Town Hall 14 event in India 👑 Congrats 👏🏽 @MarcosGamingIN #ClashOfClans #gaming pic.twitter.com/J4iLl4XHsX

After 4 days of intense action, Marcos Gaming has been crowned as the winner of the Skyesports South Indian Streamers showdown. They topped the leaderboard with 209 ranking points, 103 kill points, and 2 overall chicken dinners. Marcos gaming’s star player, Wizzgod, played an important role in the tournament. He secured 30 finishes and became the second top fragger in the tournament.

“This is a great, great win. We’d like to thank all the teams for making this a great competition. Skyesports, thank you for hosting such a sweet tournament as always you guys did a fantastic job. Special mention to all the fans who have loved and supported us throughout,” says Mr. Sudhir Kulria, the founder of Marcos Gaming.