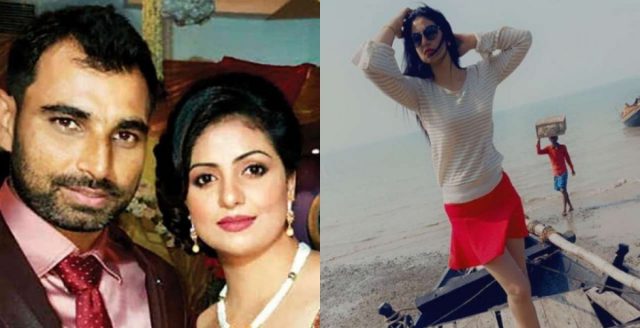 Indian pacer Mohammed Shami’s estranged wife Hasin Jahan often trends on social media for her pictures. Hasin is very active on the social media platform and often shares photos and videos of herself with her fans. However, more often than not, Hasin gets brutally trolled by Shami’s fans for her photos and videos. In a recently posted photo, Hasin was massively trolled yet again.

One user made a rude comment saying that she was blowing Shami’s money. Hasin is looking very beautiful in this photo which has now gone viral on social media. As soon as the post was shared online, people started making lewd remarks about her, all the while mentioning Mohammed Shami.

Mohammed Shami having a dispute with his wife

Mohammed Shami and Hasin Jahan have been living separately for a long time due to a dispute. The dispute between these two has been going on for a long time but the couple is yet to be divorced.

The Indian pacer and his wife have had a turbulent relationship for a long time. They got into a dispute a few years ago. Hasin Jahan has leveled very serious allegations against the Indian fast bowler and his family. Just a few years after their marriage, Shami’s wife had accused him of having relations with other women, among other serious allegations. It is important to note that no accusations have been proved to be true against Shami or his family so far.

Mohammed Shami who was last seen in action against New Zealand in the WTC Final will now play the series against England. The first Test match starts on August 4th.