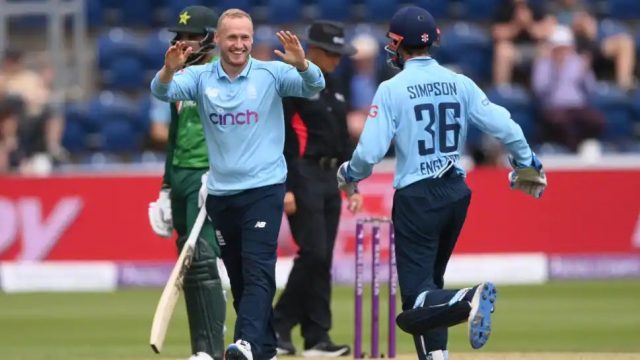 After the first game in Cardiff, the teams now move to the iconic venue in London – Lord’s. The ‘Home of cricket’ plays host to the 2nd ODI between England and Pakistan on July 10.

Although England started the previous game as the underdogs, the scenario changed in about a couple of hours. The inexperienced bowling attack of England ripped through the Pakistan batting line-up. They made mince-meat of a strong Pakistan outfit and took no prisoners in the process. Saqib Mahmood, Craig Overton, and Matthew Parkinson did the bulk of the damage.

A very special day for these five ❤️

They shared eight wickets between them and shot Pakistan out for a mere 141. Dawid Malan and Zak Crawley then combined to take the visitors home with more than 28 overs to spare. It was the perfect start for Ben Stokes as skipper. Everything clicked for them in the first ODI and England will hope they can take the positives into the second.

Pakistan on the other hand don’t have to ring alarm bells just yet. It was a rare failure on the day for skipper Babar Azam and Mohammad Rizwan. Expect them to come out all-guns-blazing at Lord’s. Fakhar Zaman had a decent outing but will look to play a ‘daddy innings’ in the next ODI. These experienced batsmen need to come good in English conditions. The bowling also looked a bit toothless.

Granted they didn’t have a lot to defend but it cannot be given as an excuse for the way they leaked runs. They will certainly start with the same line-up unless there’s a forced change. The only plausible change could be bringing in Haris Sohail in place of Faheem Ashraf to strengthen the brittle middle-order.

The last ODI that was witnessed at Lord’s was the 2019 ODI World Cup final. That was played on a green top, a bit more than what is expected for an ODI. The weather forecast is said to be cloudy throughout, so there should be enough swing on offer for the bowlers.

The batsmen will have to toil hard for their runs. Anything above 270 should prove to be competitive.