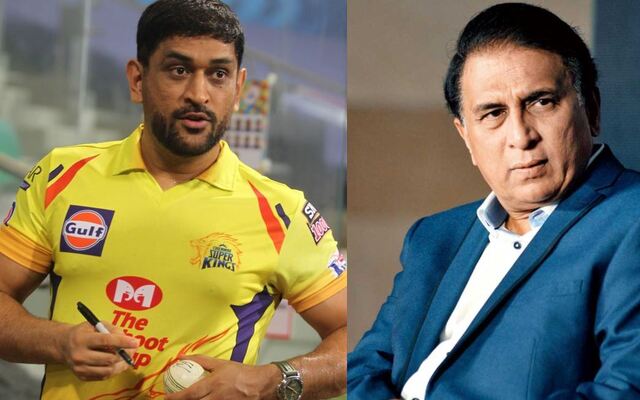 There was a smirk on the faces of Chennai Super Kings fans when MS Dhoni at the toss confirmed that this isn’t his last game for the franchise in yellow. It’s delightful news not just for the CSK fans but also all others who admire MS Dhoni. Obviously with the kind of memories Dhoni has given us over the years, it’s going to be an absolute treat for us to watch the former Indian skipper play another season for the Super Kings.

Although the next season isn’t going to be easy for the Chennai Super Kings as they will be looking to rebuild a young side for the future which is why it is highly unlikely that ageing players would feature in the side next season. Also with MS Dhoni himself being 39 years old, he will also be looking to groom a young captain for the future generation.

India Legend Sunil Gavaskar who is plying his trade as a commentator in the going IPL season recently put forward his views on MS Dhoni playing another season for the CSK. Just as how Kumar Sangakkara said that Dhoni needs to play a little bit of competitive cricket before the next season, Sunil Gavaskar also feels the same as Dhoni being on the other side of the 40’s as he’s at an age where his reflexes slow down.

Talking to Star Sports, Sunil Gavaskar said, “Well, Sanga said it earlier on as well, he has got to play competitive cricket. Being in the nets is fine but unless he plays competitive cricket, particularly because he is at an age where the reflexes slow down. What do you tend to lose as you get older is your timing. Everything might look good.”

Also Read:‘Definitely Not’, MS Dhoni When Asked If This is His Last Game For CSK At The Toss

But as the COVID-19 Pandemic has already postponed a few things in India, Sunil Gavaskar is aware of the fact that there might just not be any domestic in which case there is nothing much that can be done but if in any case, he manages to be 100% fit, then he predicts that MS Dhoni will end up scoring close to 400 runs next season.

“These are little things he has to look at. That means he has to play domestic cricket. There might be no domestic cricket. In that case, not much can be done. But the more he plays competitive cricket actually matches… in the nets, there will be no pressure, match brings pressure. If he does that, I think he will be good to score 400 runs next year as well,” Gavaskar added.