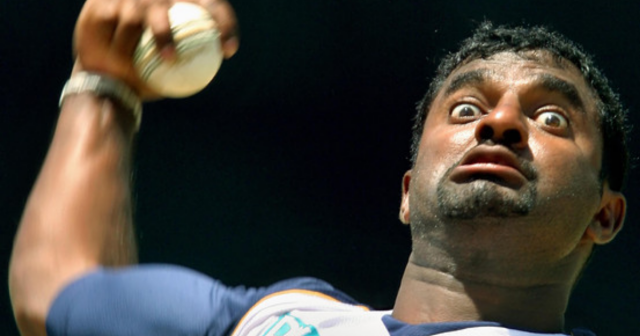 Former Sri Lankan spinner Muttiah Muralitharan is currently participating in the inaugural edition of Legends League Cricket (LLC) going on in Oman. LLC released a video on their social media handles in which the Srilankan Legend was asked a range of entertaining questions.

“Who was easier to bowl to, Sachin Tendulkar or Virender Sehwag?” was the first question asked to him. To this, he replied that bowling to Sachin Tendulkar was easier. Murali was then asked about his scary expression while bowling, to which he said”

“The concentration, the effort and making sure that I am coming at you. It is a reaction that comes naturally.”

When Freddie Flintoff tried to flush Muttiah Muralitharan down the toilet

Murali played twenty-eight first-class matches for Lancashire county cricket team in England as an overseas player. During his stint with the club, he formed a close bond with the England All-rounder Andrew Flintoff.

In the video, Muralitharan shared a hilarious anecdote about Flintoff nearly flushing him down the toilet.

He [Andrew Flintoff] was so big and I was so small in front of him. One day he jokingly picked me up and said “I am going to flush you” and took me to the toilet and almost put me down but obviously it was meant for fun,” Murali said.

Murali was also questioned about his favourite dish and he responded without hesitation, ‘Rice and Curry’. He added that he used to enjoy Chinese cuisine, but now owing to health and fitness considerations, he has reduced the consumption of oily Chinese food.