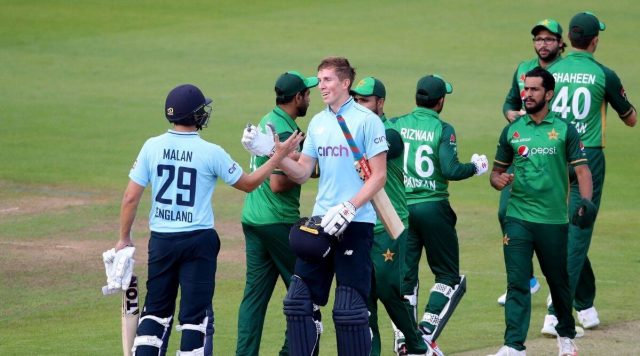 Pakistan cricket team’s performance in the second one-day international against England was lacklustre, to say the least. Their batting line-up collapsed for 195 runs chasing England’s 247 in the rain-marred match. Saud Shakeel was the only batsman to cross the fifty run mark for Pakistan.

Former cricketer Shoaib Akhtar has lashed out at the Pakistan team. While speaking on the Boss News, Shoaib called Pakistan’s performance as ‘very very average’.

“Although it was just run-a-ball and what was there in that bowling for you to have so much difficulty. The ball nibbles around a little, that itself is a lot for you. A very very average performance.” said Shoaib.

The former pace bowler also said that a whitewash is round the corner.

“It has not yet happened. It is going to be 3-0. Pakistan worked hard to make sure they give an average performance. The Pakistan batting has always let us down and the same trend continues now also.”

“But tell me, which kid will start playing cricket after watching this team?” slams Shoaib Akhtar

Shoaib Akhtar added that such performance by the Pakistan team is the reason why the fans are disinterested to follow their team.

“No one enjoys criticizing anyone. But tell me, which kid will start playing cricket after watching this team? The PCB’s plan is that no one should watch or follow cricket and they don’t have to spend anything.”

“What was there in the wicket, first tell me that. Pakistan is only a T20 team. They play like T20 and get out like that. They lose five wickets in twenty overs. In T20s also, they score 150-175 and exactly the same in ODIs.” Shoaib said.

The Pakistani players will have to step up in the third one-day international against England or a clean sweep is inevitable.