Harpreet Brar, the Punjab spinner made himself a laughing stock, after posting a selfie with pop star Ariana Grande. The off-spinner was a part of Punjab Kings in IPL 2020 and I2021 before the franchise decided to part ways with him ahead of the IPL 2022 auctions. He was released in the retention window by the franchise.

Who Is Harpreet Brar? 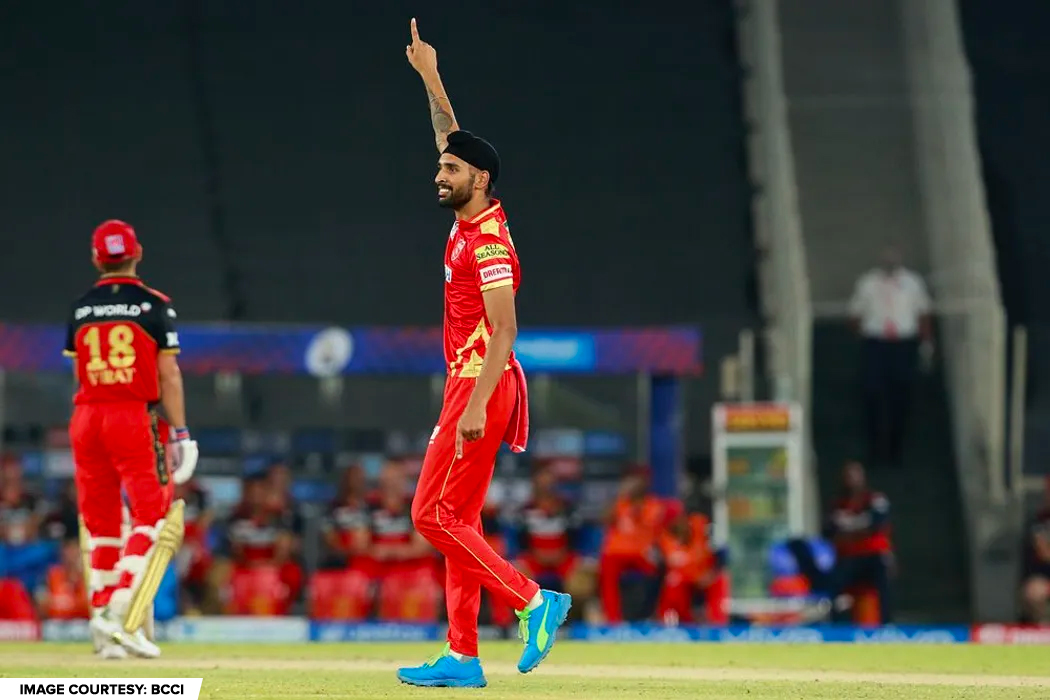 Harpreet Brar, who is born on September 16, 1995, was bought by the Kings XI Punjab (now Punjab Kings) in the player auction for the 2019 Indian Premier League (IPL). He made his T20 debut for Kings XI Punjab on April 20, 2019, against Delhi Capitals (DC) at Arun Jaitley Stadium.

The southpaw posted a picture of him posing for a selfie with pop star Ariana Grande. The post started getting a lot of attention and even former Indian cricketer Yuvraj Singh reacted to it.

Many people trolled him for clicking the picture as well. It was a mixed reaction from the Twitterverse as Brar saw the funny side of it as well.

Brar hails from Moga, also the birthplace of Indian Women T20I skipper Harmanpreet Kaur. Brar played age-group cricket and several club competitions in Punjab before he was picked by Kings XI Punjab in the 2019 IPL auction for his base price of INR 20 lakh at the age of 23.

He bowled a spell of 3/19 dismissing Kohli, Maxwell and De Villiers in the process, turning the match on its head for Punjab Kings. in IPL 2020. His first 11 overs in the IPL starting from 2019 went for a wicketless 106 runs, and his next seven balls didn’t concede a single run while removing not one but three big fish.