Afghanistan’s favorite son Rashid Khan is distressed by the ongoing political riots in the city. The Talibans have reigned their supremacy all over the Afghan city along with its capital Kabul. Locals and refugees are trying to escape the city via the airport where the Taliban have kept a keen eye on people who are trying to escape the country. Meanwhile, two more explosions jolted the city with at least 11 and injuring 15, as per the latest estimates which are likely to grow as more information becomes known.

Following so much of distress in his country, Rashid Khan has yet again appealed for killings and massacres to stop in his country. He took his Twitter handle and wrote that Kabul is bleeding again and requested to stop the killing of Afghans.

In one of his previous tweets, he asked the world leaders to focus on Afghanistan and save his city from chaos and unrest. He also pleased to stop the killings of women and children who are died in the warfare.

Rashid Khan Sports National Flag On His Face In The Hundred

Meanwhile, Rashid recently played in The Hundred for the Trent Rockets. He was seen to sport the national flag of Afghanistan on his face while taking the field. 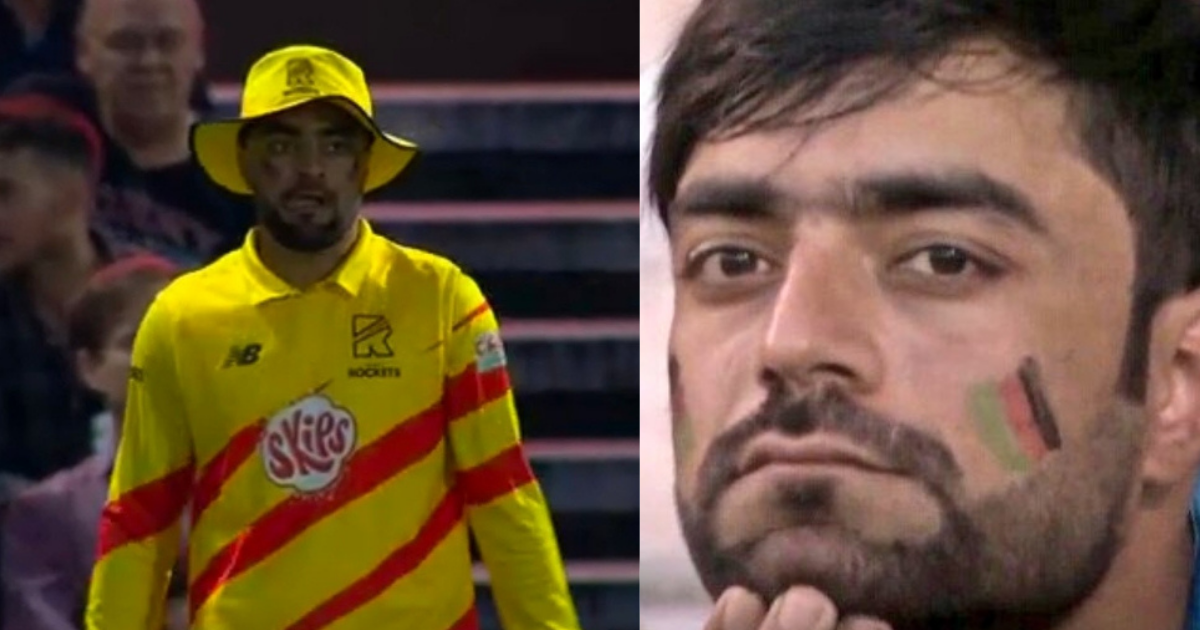 Meanwhile, speaking to ANI, SRH CEO K. Shanmugam said the two Afghanistan players will be a part of the IPL in the UAE. “We haven’t spoken on what is happening at present, but they are available for the tournament,” he said.

Former England skipper Kevin Pietersen revealed that spinner Rashid Khan is worried about the situation in Afghanistan and he is not able to get his family out of the country.

“There’s a lot of things that are happening at home. We had a long chat here on the boundary talking about it and he’s worried: he can’t get his family out of Afghanistan and there’s a lot of things happening for him. For him to turn up and put on a performance like this under the pressure that he is currently under… for him to be able to forget that stuff and navigate his story and continue the momentum that he has. I think that’s probably one of the most heart-warming stories of this Hundred so far,” Pietersen said on Sky Sports.