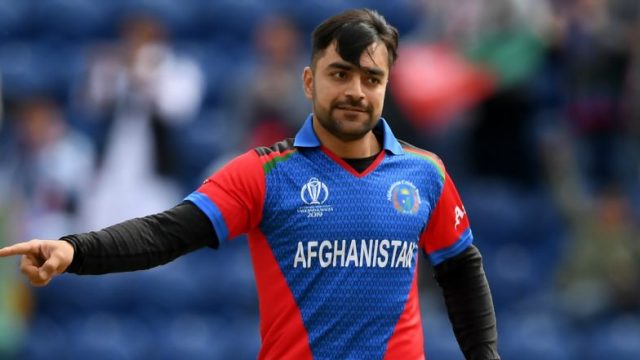 All-rounder @rashidkhan_19 has been appointed the T20I captain & @iamnajibzadran as V-captain. Rashid, one of the well-known global faces of the game, was selected by senior ACB leadership led by ACB Chairman @Farhan_YusEfzai

Rashid Khan has been a prominent figure in the Afghanistan team. He made his debut at the age of 17 against Zimbabwe at the Bulawayo in 2015. The 22-year old has featured in 51 T20 Internationals for Afghanistan and has taken over 90 wickets at an average of 12.63 and an Economy rate of 6.21. He is currently second in the ICC T20 International bowler’s rankings.

Najibullah Zadran, who is appointed as the vice-captain has been serving Afghanistan at the International level since 2012. The batsman has played 63 T20 Internationals for his country, and has scored 1060 runs at an average of 33.12.

“Rashid, one of the well-known global faces of the game, was selected by senior ACB leadership led by ACB Chairman Farhan Yousefzai, for the role considering his experience, brilliant performance as well as leadership skills with the National team over the years.

Afghanisthan placed in Group B of T20 World Cup

Afghanistan is placed in Group B for the T20 World Cup 2021 alongside England, India and South Africa while the remaining two teams will be chosen from the Qualifiers. The 2021 edition of the tournament is scheduled to be played this October in UAE and Oman.” the ACB says in their press release.

Earlier this year, Rashid was named as the Vice-captain of the T20 International team, while Hashmtaullah Shahidi as the new Test and ODI captain and Rahmat Shah as his deputy.

“Furthermore, it was decided that all-rounder Rashid Khan will remain the vice-captain of the T20I team while the decision to appoint the new captain will be taken soon,” the ACB had said in an official release.