Former Indian cricketer Laxman Sivaramakrishnan has said that experienced off-spinner Ravichandran Ashwin should be considered for the T20 World Cup. Since the tournament will be held in the UAE, the tracks will likely help the spinners.

Ashwin recently picked up a five-wicket haul for Surrey in a County Championship match. He is currently preparing for the 5-match Test series against England. While his presence in the longest format is mostly guaranteed, it’s not the same in the white-ball matches. Talking about it, former Indian leggie Sivaramakrishnan felt Ashwin’s experience will come into play during the T20 World Cup.

Watch all six wickets for @ashwinravi99 at The Kia Oval this morning, as Somerset were bowled out for just 69.

“Yes, he is one of the outstanding bowlers we’ve had in the last few years. His experience will definitely help. He bowls very well to left handers. He’s not a slouch on the field, he can field reasonably well and is a safe catcher,” he stated in a press conference.

“If Ravichandran Ashwin has a good IPL, he should be considered” – Sivaramakrishnan 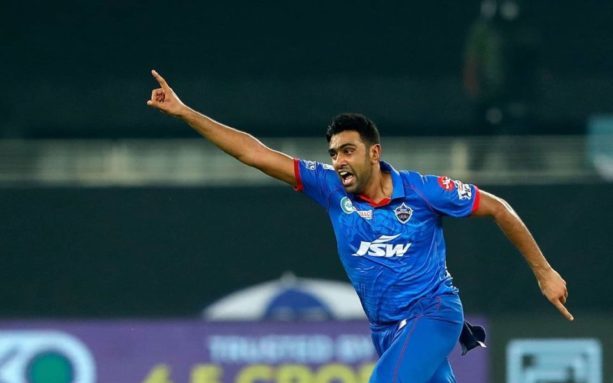 Ravichandran Ashwin plays for the Delhi Capitals in the IPL. Although he didn’t perform well in the 2021 edition, his presence is necessary for the youngsters. Also, Ashwin had to leave the IPL early citing personal problems. This was at a time when covid-19 was rampant in India.

He is expected to return for the second phase of the IPL which will be held in UAE. According to Sivaramakrishnan, if Ashwin has a good showing in the IPL, he should then be considered for the T20 World Cup.

“Ashwin has worked hard on his fielding and fitness [as well]. If there are a lot of left-handers in the opposition, you want your best off-spinner to be bowling to them. If Ashwin has a good IPL in UAE, he should be considered,” the former leg-spinner said.

Laxman Sivaramakrishnan felt Rahul Chahar was also one to look out for the future. He was impressed with his work ethic. Although it’s far-fetched to consider him for the marquee event later this year, Sivaramakrishnan expects him to be successful in the next few years.

“He is a really good bowler. I like his attitude, he wants to take wickets and be attacking. Has a slip in position, Rohit Sharma captains him beautifully. He was very good in the IPL before it was suspended. I’ve seen him bowl a lot on domestic cricket. He is quite a hardworking boy. I really like the look of Rahul Chahar. He will be successful.”