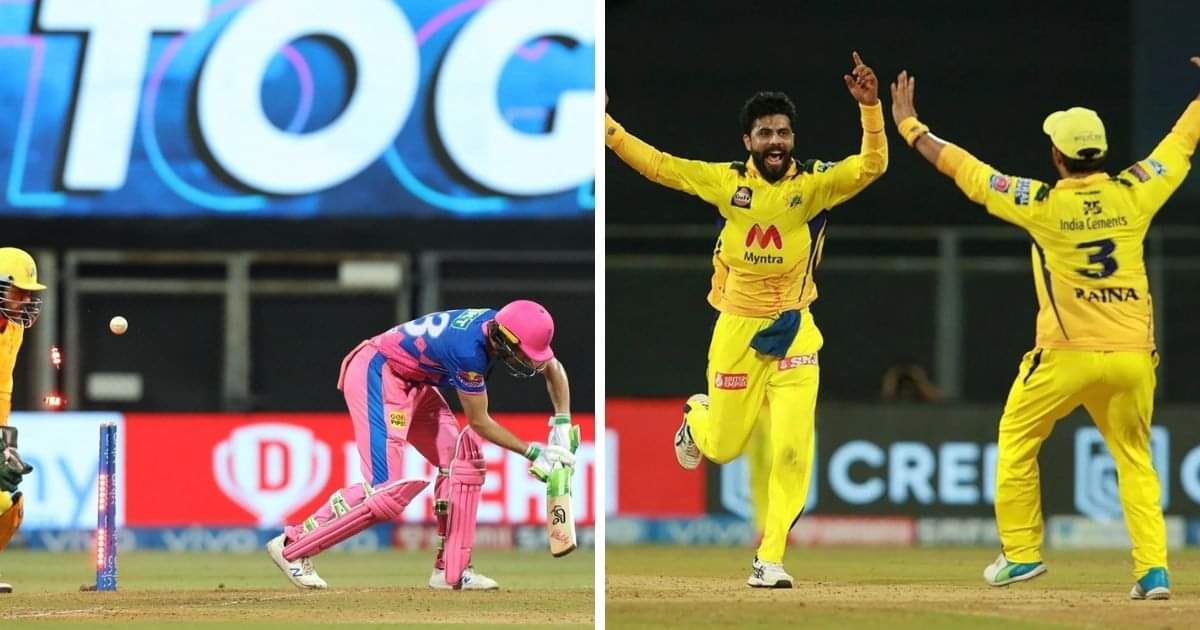 Ravindra Jadeja produced magic in the 12th over when he clean bowled Jos Buttler. The Rajasthan Royals opener was the dangerman for Chennai Super Kings and they needed something special to remove him in the run chase when he was looking in ominous touch.

Buttler at times was toying with the CSK bowlers and scoring one boundary per over at will. As soon as Jadeja came on to bowl he batted aggressively against him to put him under pressure. After going for 10 runs in his first over Jadeja quickly realised he needed to bowl on a good length against Buttler. He did just that as his ball after pitching turned and completely bamboozled Buttler.

He was not expecting Jadeja to turn the ball a mile and ended up playing outside the line of the delivery. The ball missed his outside edge and crashed into the middle stump and Jadeja provided his side with probably the biggest wicket. The ball pitched on leg stump and ended up hitting his off-stump which was a brilliant sight for Jadeja.

Jos Buttler was castled for 49 as MS Dhoni behind the stumps was elated and so was the rest of the Chennai Super Kings team. Meanwhile, Jadeja struck again in the same over and dismissed Shivam Dubey to put his side comfortably ahead in the match. The Rajasthan Royals are currently 94 for 5 after 14 overs and will have to out of their skins to chase down the target of 189 runs.