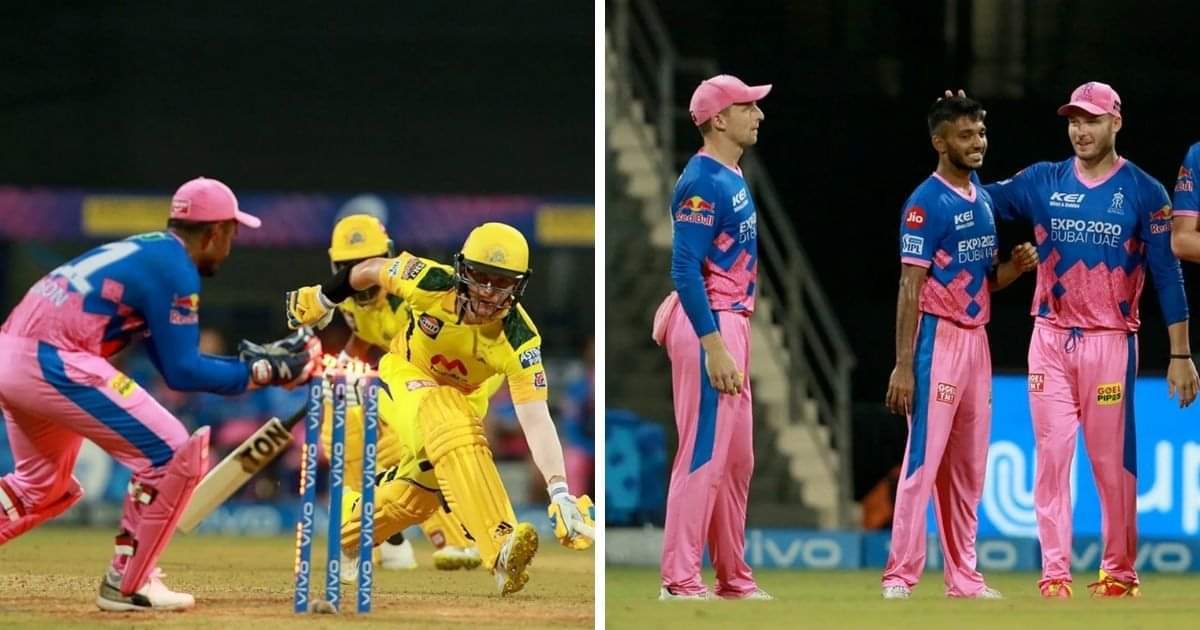 Sam Curran was run out by Mustafizur Rahman in the ongoing vs RR match in IPL 2021. Curran was looking in brilliant batting touch but would be disappointed with the way he got run out in the last over of the innings.

The left-arm seamer of the Rajasthan Royals executed a picture-perfect yorker on the first ball which Curran managed to nudge on the leg side. Curran and Dwayne Bravo ran the first run quickly but decided to attempt a second run which was never on.

Mustafizur sensed an opportunity of a run-out and quickly ran towards the ball and nailed a bullet throw to run out Sam Curran. The CSK all-rounder trusted Bravo’s call but he has never going to complete the second run and eventually was found miles out of his crease.

It was a brilliant presence of mind from Mustafizur as he knew the deep fielder would not be able to reach the ball quickly and produced a brilliant piece of fielding off his own bowling. Bravo wanted Curran to be on strike as he was striking the ball and could have scored more valuable runs.

Meanwhile, Sam Curran did put a desperate full stretched dive but by then keeper Samson had made a mess of the stumps and he was run out. He made 13 from 6 deliveries and CSK reached a total of 188 for 9 after 20 overs against Rajasthan Royals.