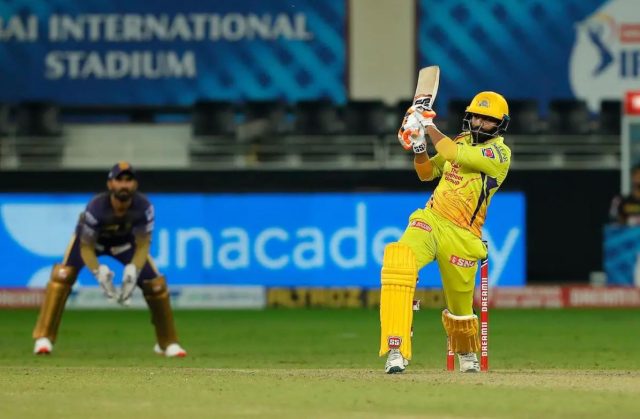 After the conclusion of Day 5 in the SCG Test between Australia and England, people took to Twitter and shared how they love the format. It started as England registered a thrilling draw after surviving with just one wicket till the end as well. Both the legends – Stuart Broad and James Anderson survived the last three overs where Australia had all their fielders were fielding around the batter.

Meanwhile, tweeting a picture of that, KKR took a dig at MS Dhoni, who was also in a similar situation way back when Gautam Gambhir was leading KKR. In response, Jadeja wrote: “Its not a master stroke! Just a show off.”

Its not a master stroke!Just a show off🤣

It was in 2016 & 2017 when CSK was banned and MS Dhoni was bought by Rising Pune Supergiants (RPS) in the auction. He played two seasons for the new franchise but they failed to become as successful as Chennai Super Kings as well.

However, after the return of Chennai in the next season, MS Dhoni successfully led the team to the title in 2018. He retired from international cricket in August 2020 but continued to play franchise cricket and after having a poor show in 2020, Dhoni led the team to another IPL title in 2021 which was their fourth in IPL history as well.