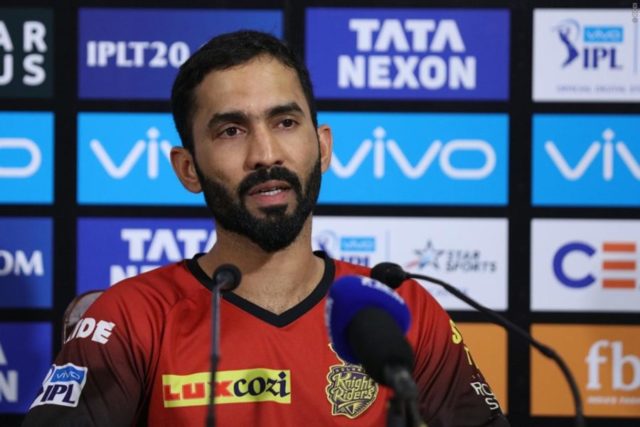 Veteran India wicket-keeper batsman Dinesh Karthik believes leg-spinner Yuzvendra Chahal will be on the flight to Australia when teams meet for the next T20 World Cup in less than a year’s time.

Ravichandran Ashwin and Axar Patel starred with the ball in the 3rd T20I against New Zealand at the Eden Gardens in Kolkata. Yuzvendra Chahal’s return was overshadowed by the spin duo from Delhi Capitals. After a couple of odd overs, the Royal Challengers Bangalore came back swiftly and ended on a high.

In the wake of it, Dinesh Karthik has backed Chahal to deliver the goods for India under Rohit’s leadership in the shortest format. The former Kolkata Knight Riders captain believes Yuzvendra Chahal will be on the flight to Australia for the T20 World Cup.

“He’s very good at bowling abroad as well so that is a very important attribute to keep in mind when India travels to play the World Cup in Australia. I have no doubt, to be honest, that he’ll be there on that flight to Australia. He’ll want to make amends and also I know Rohit trusts him a lot,” Karthik told Cricbuzz.

When Rohit Sharma got the best out of Yuzvendra Chahal?

Meanwhile, Rohit Sharma and Yuzvendra Chahal share a great bond both on and off the field. Dinesh Karthik recalled one instance when Rohit brought the best out of Chahal during a Nidahas Trophy game against Sri Lanka.

“I remember one instance in the Nidahas Trophy when Upul Tharanga was going hard at the spinners and Chahal came and asked him, ‘Do you think I should bowl defensively or should I try and attack?” He (Rohit) said, “Definitely I want his wicket, if you get hit for five sixes I don’t care, try and get his wicket.” That’s exactly what he did. He tossed the ball on the stumps, he (Tharanga) went for a wild slog and got bowled,” Karthik added.

Yuzvendra Chahal, who featured in the last T20I against New Zealand, is likely to retain his berth in the shortest format against South Africa.