Sachin Tendulkar is looking forward to a competitive Test match series between India and England. The 4 match Test series will determine the second finalist for the world Test championship who will join New Zealand. Ahead of the Test series Tendulkar talked about the two sides and also revealed his pick to win the Test series.

The ‘little master’ believes that both sides will be extremely high on confidence after their series wins against Sri Lanka and Australia respectively. However, Tendulkar pointed out that India has a better team combination as compared to England for the Test series.

India will be victorious- Sachin Tendulkar

The legendary former batsman expects a closely fought contest but holds India will eventually win the series as they have a more balanced side for the conditions.

“I think both teams have come after winning their last series so it is going to be a series of two confident sides looking to take on each other. But if you look at the combination, I would like to believe that India’s combination looks stronger than England’s and it will be a closely fought contest, but I see India coming out as the victorious team”, Speaking to Timesofindia.com, Tendulkar said.

Talking about India’s bowling combination for the Chennai Test, Sachin Tendulkar thinks India will go in with 3 spinners. He added that India has quality spin bowling options who are all different from each other.

“I personally don’t like to influence decisions, because if I say so and so and don’t take the other player’s name then it’s not ideal, because I haven’t seen the surface (pitch). I haven’t figured out how the surface might wear off after a couple of days and who is going to be able to utilize it. But I feel, in all likelihood, India is going to go ahead with three spinners”, Tendulkar said.

“Ashwin has been a success story. Washington Sundar has come and has played a big role in the last Test match, Kuldeep Yadav is a veteran bowler and Axar Patel has his own strengths. So it’s going to be three out of these four. Ashwin will be there 100% and the toss-up will be among the others. Whoever the team decides to play, it will be given proper thought. Because all bowlers are different, all bowlers have their own strengths and they need to utilise their strengths and look at the perfect combination that one can play”, Tendulkar further said.

Meanwhile, Tendulkar was proven right as India indeed went with 3 spinners for the opening Test. The trio of Ravichandran Ashwin, Washington Sundar and left-arm spinner Shahbaz Nadeem has been picked for the opening encounter of the 4 match Test series.

Also Read: Will Arjun Tendulkar Be A Part Of IPL 2021 Mini Auction?

Marnus Labuschagne Extends His Wish To Ply Trade In The IPL 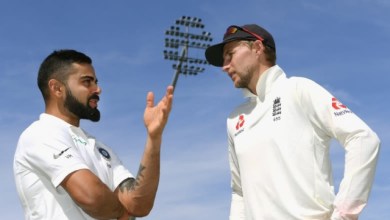