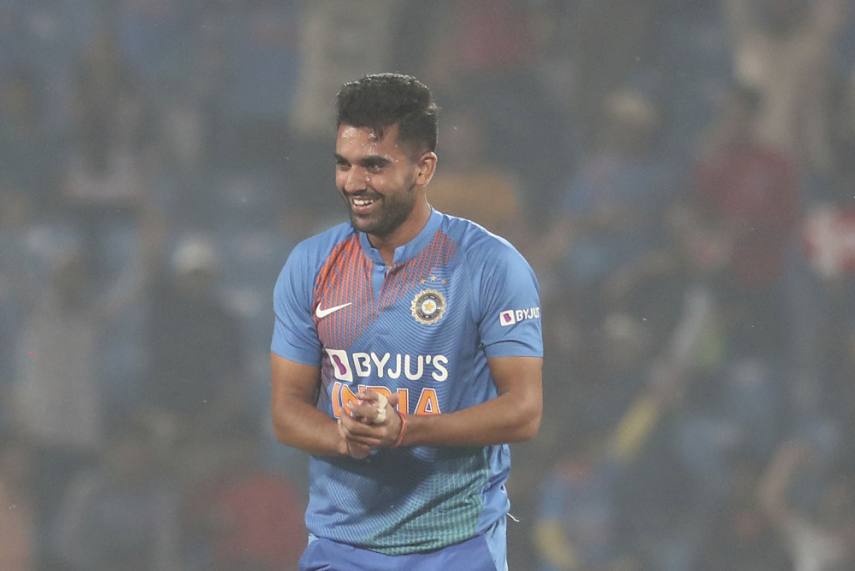 Rajasthan Royals captain Sanju Samson was engaged with Deepak Chahar in a hilarious Instagram banter. Both Sanju Samson and Deepak Chahar are part of the India tour of Sri Lanka and are busy traveling to Sri Lanka which includes three ODIs and three T20Is. The wicketkeeper-batsman was seen giving a savage reply to Chahar which gave fans a laugh.

The banter between Samson and Deepak went viral on social media and fans are absolutely enjoying it. This incident happened on the  Instagram photo uploaded by Sanju Samson, In which he was seen wearing an Indian traveling jersey. Further, he added emoji of the airplane and Sri Lanka in the caption indicating that he is traveling to the country.

Pacer Deepak Chahar posted a comment on Sanju’s picture asking where is he going? To which Sanju replied by asking him to come to join in the back seat of the bus. This gave fans a cheerful moment on Instagram.

Sanju Samson and Deepak Chahar have played cricket together in India A and Indian T20i teams.  They will be comparatively two of the most experienced players in the tour considering the number of youngsters in the team.

The Sri Lankan tour will be quite important for Sanju Samson

The Sri Lanka tour is a very important one for Sanju Samson because he is no longer the first-choice wicketkeeper for the team. However, if the right-hand batsman performs well against Sri Lanka he might get ahead in the race of national selection. Samson played his last T20I series last year in Australia and since then he has been not included in the limited-overs team.

Ishan Kishan is another player who will be fighting for selection in the national side for the T20 world cup. The two main wicketkeeping choice of Indian team are in England for the Test match series so Sanju and Kishan have been given the responsibility to keep the wickets. Meanwhile, only one of them will be selected in playing XI in the Sri Lanka tour because both are wicketkeepers and they both bat in the middle order.