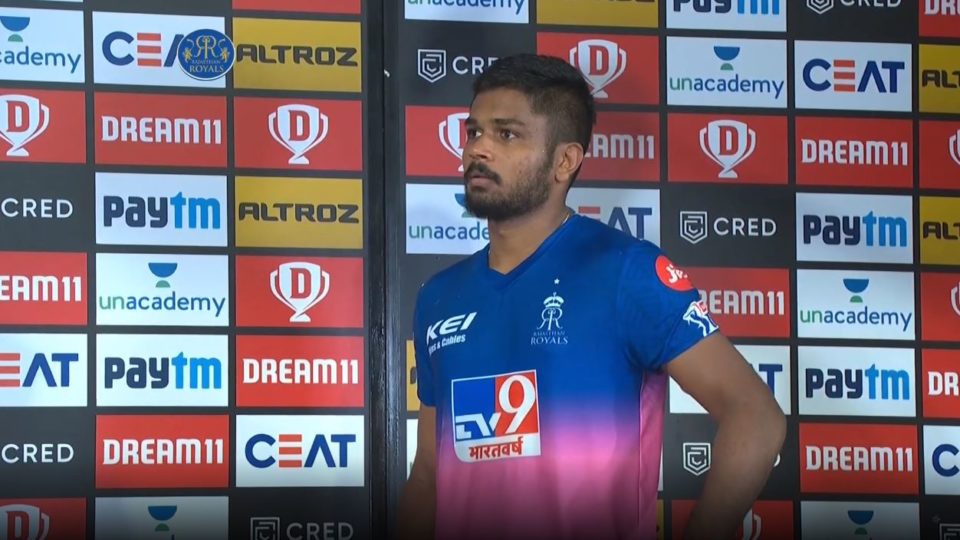 Rajasthan Royals captain Sanju Samson has shared that getting retained by his franchise was a certain decision. That’s because they are looking at him as a long-term prospect as captain.

The Royals on Tuesday has announced their retention list before the upcoming IPL 2022 mega auction. And, they retained Samson (Rs 14 crore) as the first player on the retention list. And, he has been a part of the team ever since he made his IPL debut.

“It was a pretty natural decision actually. So I’ve been a part of RR since the day I started playing my first IPL game, so definitely it was something expected,” said Samson in a video shared by Rajasthan Royals on YouTube.

“It’s a really great moment for me. The trust shown by the franchise and the coaches and the supporting staff trusting in me to do this role. I think, definitely, I am a very young captain and very much excited to experience a lot of things and learn and become better as a cricketer as well as a leader of an IPL team,” he further added.

Notably, Sanju Samson was appointed the captain ahead of the 14th IPL season. While the team couldn’t do well, he had a great season with the bat. In 14 games, he had amassed 484 runs at an average of 40.33. Samson, meanwhile, shared that the franchise had cleared it last season that they were looking at him as a long-term prospect regarding leadership.

“From the moment I was made the leader, it was very clear from the franchise that they were looking at me leading the team for a longer period. So, the words were exchanged much before this retention and whatever process we went through,” he expressed.

Sanju Samson, however, shared his views on the retentions of Jos Buttler and Yashasvi Jaiswal for the upcoming season. He said:

“He has a very great personality. He is a great person on and off the field. And he is definitely the main member of our core group. I really look forward to learning a lot of things from Jos. Having Jos again with us in the coming season, it’s a really exciting time to look forward to,” Sanju Samson added.

“The way he bats, he definitely has a great future ahead” – Sanju Samson on Yashasvi Jaiswal

While talking about Jaiswal’s retention, Sanju Samson has said that the youngster reminded him of his initial days when the franchise had retained him. The Royals now have Rs 62 crores left in their purse for the mega auction.

“As for Yashasvi Jaiswal, everyone in the RR franchise or everyone in Indian cricket is very excited to experience a person like Yashasvi Jaiswal. The way he bats, he definitely has a great future ahead. When I look at Jaiswal, I remember my old days. When I was retained at the age of 19, the same thing happened with Jaiswal. Being retained as a youngster and playing for RR, I think it’s definitely a great opportunity for any youngster. I see some of my old days when I see him getting retained so young,” Sanju Samson concluded.