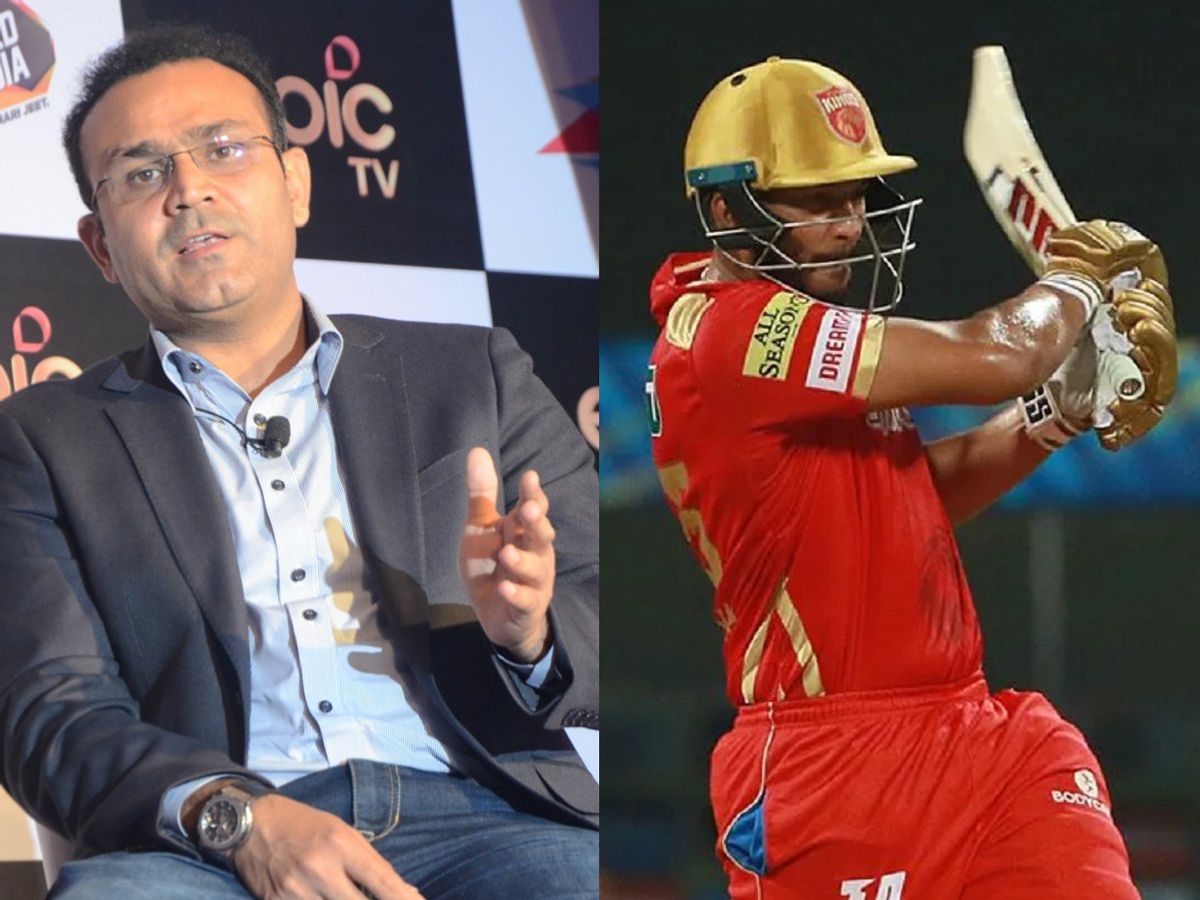 Former Indian cricketer Virender Sehwag said that Punjab Kings middle-order batsman Shahrukh Khan reminded him of a young Kieron Pollard. Shahrukh was roped in by Punjab Kings for 5.25 crores. His success in the Syed Mushtaq Ali Trophy for Tamil Nadu brought him into prominence and he played seven matches for the side. He registered scores of 6*, 47, 15*, 22, 13, 0, and 4, across seven innings.

Meanwhile, Virender Sehwag talking to Cricbuzz said that Shahrukh Khan reminded him of a young Kieron Pollard. Pollard joined Mumbai Indians in 2010 and has grown up to become one of the best finishers in the T20 format. Sehwag said that Shahrukh has the same ability to hit big sixes like Pollard.

“He reminds us of a young Pollard when he had just come into the IPL. Everyone was running after him because he could just stand and hit sixes off bowlers. Shahrukh has the same quality. Although he has played those little innings and hasn’t played a big knock. But the lower you bat in the line-up, there’s only so much he can do,” Sehwag said on Cricbuzz.

Shahrukh Khan did not have a good outing in the first half of IPL 2021. Sehwag said that he failed to convert his starts into big scores which was expected from him. Sehwag added that Shahrukh is the kind of player who doesn’t think about the previous ball and such players have a greater chance to succeed.

“If he can be given a chance to bat higher, the day he clicks, he could even hit a century. He is the kind of player for whom it doesn’t matter what happened to the previous ball. Many batsmen think ‘Oh, I got beaten, this one turned’. Those who don’t think about the previous ball, have a higher success rate,” Sehwag explained.

Punjab Kings were placed sixth on the points table before the season was suspended indefinitely by the BCCI. They won three out of their first eight games.