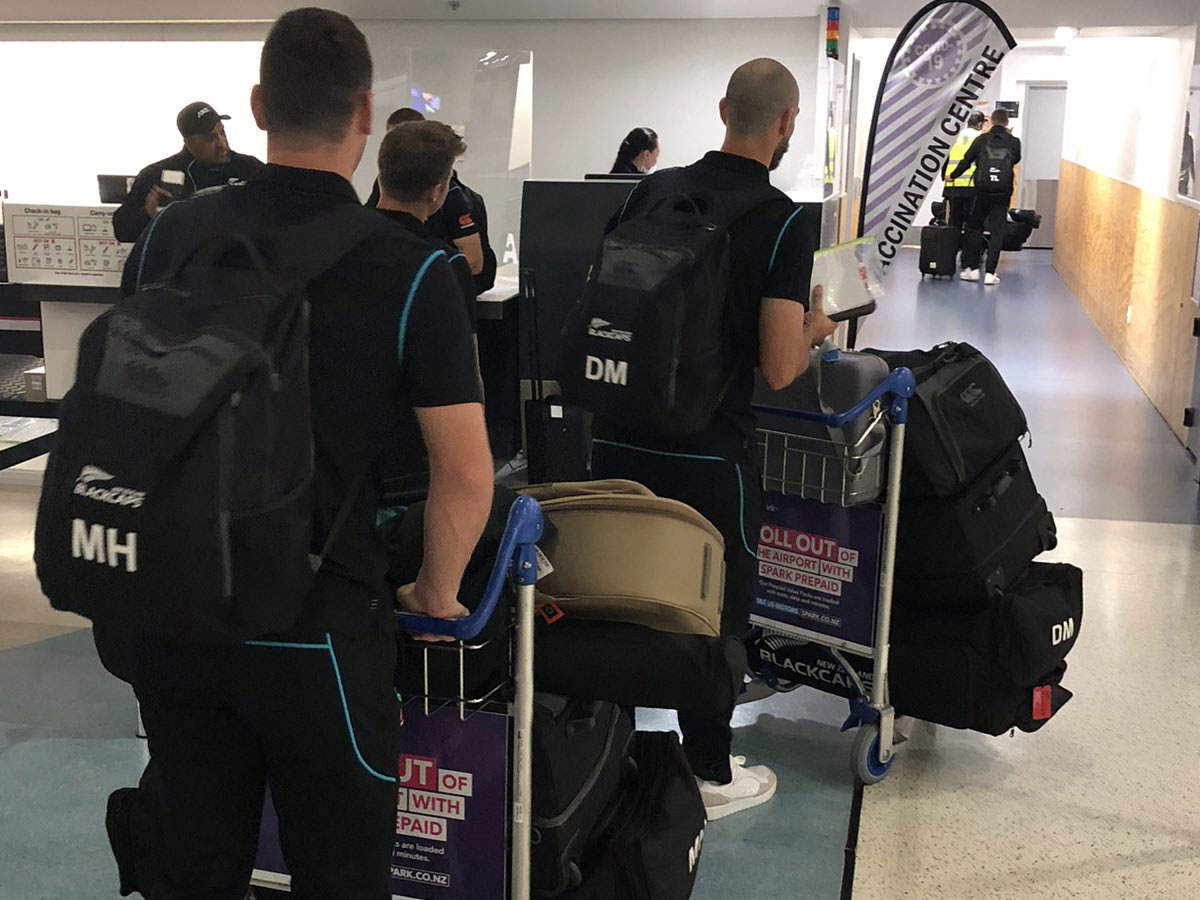 Meanwhile, the Black Caps official Twitter handle posted pictures of Kiwi cricketers at the airport to let know of their departure. “Time to fly!” tweeted the Black Caps handle before the team’s departure. Captain Kane Williamson, Kyle Jamieson and Mitchell Santner, who competed in the now-suspended IPL, are in Maldives and will fly to the UK from there.

Meanwhile, lead Kiwi pacer Trent Boult could miss both Test matches against England. Team India, on the other hand, are expected to leave for UK in the first week of June after completing a hard quarantine in Mumbai.

Their squad for the WTC final and the Test series against England was announced by the BCCI last week. It’s a well-rounded squad with a good mix of young and experienced players. Batting and bowling departments have all been taken care of. Bhuvneshwar Kumar, Kuldeep Yadav, Hardik Pandya were axed from the squad.

Meanwhile, this will be the last tour for New Zealand’s wicketkeeper-batsman, 35-year-old BJ Watling, who recently announced that he was retiring from competitive cricket. Watling represented New Zealand in 73 Tests, 28 ODIs, and five T20Is. The Test series against England will be the last of his career.