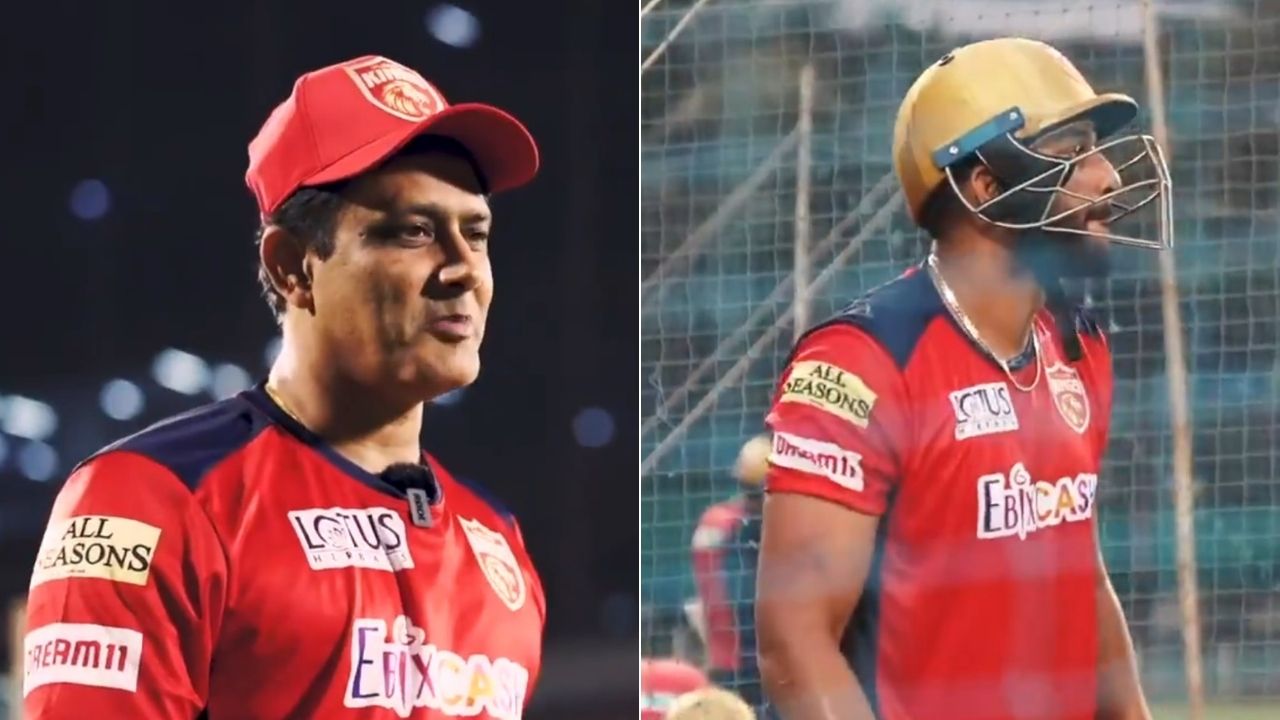 The Director of Cricket Operations of Punjab Kings has heaped praises on the new addition of the franchise Shahrukh Khan. The hard-hitting all-rounder has impressed Kumble in the nets of Punjab Kings ahead of IPL 2021. The franchise paid of hefty Rs. 5.52 for Shahrukh in the IPL auction after his impressive show with the bat in the domestic T20 tournament. The destructive batsman from Tamil Nadu will be featuring in his first-ever IPL season and will be keen on impressing everyone.

Anil Kumble even saw shades of Kieron Pollard in his batting as he too is a powerful striker down the ground. Kumble remembered his coaching stint with Mumbai Indians (MI) when he used to bowl to Pollard during the training sessions and would ask him to not hit the ball towards him. The former legendary cricketer thinks that Shahrukh too bats like Pollard and has the potential to succeed in the IPL.

“He reminds me a bit of Pollard actually. When I was with Mumbai Indians, Pollard in the nets was dangerous. I used to bowl a bit (in the nets), and the first thing I used to tell him was not to hit straight,” Kumble was quoted as saying.

“Here I’m not even trying. I’m a lot older now, and the body doesn’t take the bowling anymore. So, I’m not going to bowl at Shahrukh, for sure,” Kumble added in a video posted by Punjab Kings.

Meanwhile, Shahrukh Khan smashed long sixes in the net session on Punjab Kings and gave a teaser of what to expect in the upcoming IPL season. The 25-year-old from Tamil Nadu is ecstatic to be among big names and admitted that he has learned a lot even before the season has begun. So far in 32 T20 matches, the promising young talent has amassed 293 runs at a strike rate of 131.39

“Being amongst such stalwarts of cricket, it feels amazing to be here and the inputs have been great. I have been having a lot of conversations with everyone around here, getting to learn a lot as well,” Shahrukh said after joining the Punjab giants before the start of the IPL 2021″, he said.

Also Read: Aakash Chopra Explains How KKR Should Use Pat Cummins In IPL 2021