Former Pakistan cricketer Shoaib Akhtar has severely criticized the Pakistan team following their loss against England. In the first ODI played in Cardiff, Pakistan were completely outplayed by a new look England.

After being asked to bat first in seaming conditions, Pakistani batsmen were found wanting against the moving ball. The first over saw the loss of two wickets, including skipper Babar Azam for a duck. While Fakhar Zaman showed some semblance of fight, rest of them fell like a pack of cards.

They eventually folded up for 141, which was easily chased down by the English batsmen. It was a nightmarish performance all around for Pakistan. Even their bowlers were taken to the cleaners by Dawid Malan and Zak Crawley. Following the humiliating loss, former Pakistan pacer Shoaib Akhtar lambasted the Pakistan team.

“I feel sorry for myself and the fans” – Shoaib Akhtar 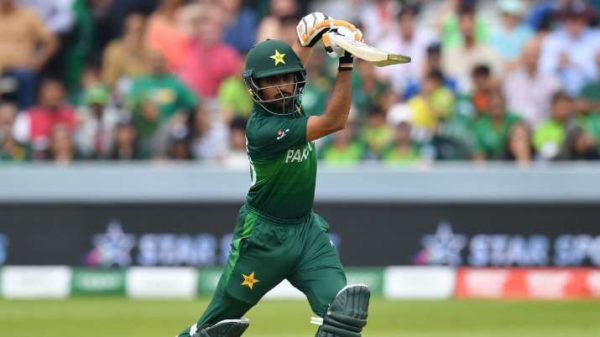 In the post match virtual press conference, Babar Azam stated it wasn’t the time to press the panic button. He said it would be best if the team could take the loss in its stride.

“It’s not such a massive setback per se. Of course, there are bad days and there are good days. We have been playing the past few series fairly well. I will sit with them and have a talk. I’ll tell them not to lose their nerves and that ups and downs are part of life. The sooner we do that, the better it will be for us, as a team,” he added.

While it seemed like a fair response, Shoaib Akhtar described it as ‘excuses’. Talking to PTV Sports, Akhtar said:

“It is all lame excuses. There was nothing on the wicket like extraordinary bounce. A little seam movement is expected in England. If you can’t handle that seam, then what will you do? I feel sorry for myself and the fans. If Pakistan continues to perform like this, then who will watch them? I will not,” he asserted.

Pakistan will face off against England in the second ODI at Lord’s on Saturday. Although, England have a second-string side, they will go in as favorites after the stellar performance in the first ODI.