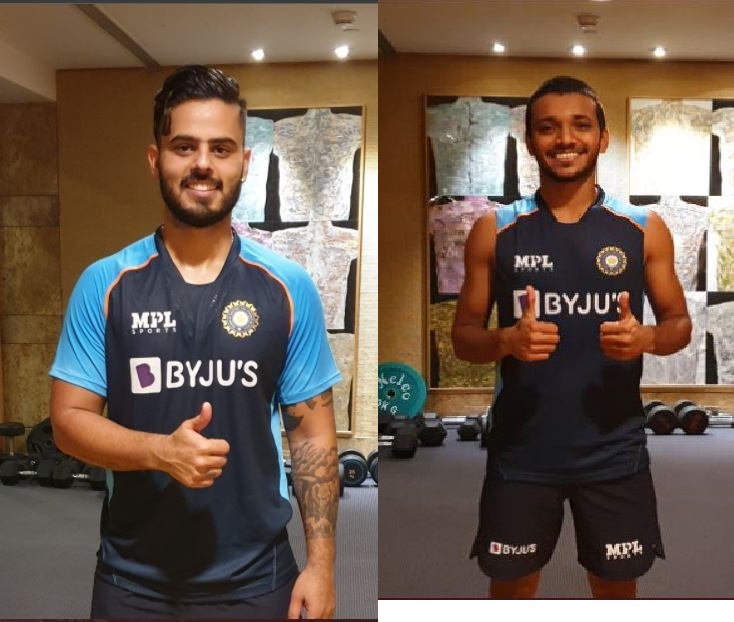 Since Virat Kohli and co. will be staying in England to take on the hosts in a 5-match Test series starting in August, the BCCI had announced a squad filled with inexperienced players for India’s limited-overs tour of Sri Lanka. Starting on July 13, India will face the Lankans in a 3 match ODI series followed by a 3-match T20I series.

The team will have former Indian skipper Rahul Dravid as its head coach. Shikhar Dhawan will lead the team, while experienced campaigner Bhuvneshwar Kumar will act as his deputy. The squad has several newcomers in it, viz. Devdutt Padikkal, Ruturaj Gaikwad, Varun Chakravarthy and Chetan Sakariya.

Currently, the Men in Blue are assembled in Mumbai as part of their quarantine before they board the flight to Sri Lanka. In the latest video released by the BCCI, the first-timers in the Indian squad are seen talking about the new experience. BCCI captioned the tweet:

#TeamIndia’s talented newbies speak about their run of emotions after getting out of quarantine, hitting the gym & gearing up for Sri Lanka series. #SLvIND”

New faces 😃
New beliefs 🤞
New energy 👌#TeamIndia's talented newbies speak about their run of emotions after getting out of quarantine, hitting the gym & gearing up for Sri Lanka series. 👍 👍 #SLvIND

The Karnataka cricketers, Devdutt Padikkal and Krishnappa Gowtham had a happy reunion at the gym. Padikkal said:

“It was really good to you know, get out there and meet a few of them at least and have a good session.”

Krishnappa Gowtham was happy to be training with Padikkal and also shared a light moment. He said:

“Training with him again is something which is fun, but yeah he needs to pick [up] some more weights.”

I was eager to meet my teammates: Nitish Rana

KKR teammates Varun Chakravarthy and Nitish Rana were excited about the prospect of representing the country at the highest level. Chakravarthy mentioned it as a special feeling. Rana on the other hand felt the eagerness to meet his teammates felt a little rough. The pandemic times have forced players to take precautions and thus mandatory quarantine needs to be undergone by all of them.