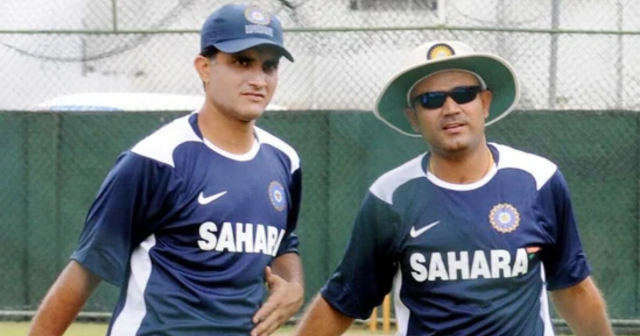 For the Shaandaar Shukrawaar episode of Kaun Banega Crorepati 13, former India cricketers Sourav Ganguly and Virender Sehwag were the special guests. They were playing for a good cause, as the money they earned would be used to help the society through a charity.

Sehwag and Ganguly shared many previously unheard stories about each other on the show. According to Sehwag, Ganguly used to ask his teammates to pack his kit bags when he used to go to attend press conferences after a game.The current BCCI president, on the other hand, firmly denied all of the claims and requested Amitabh Bachchan to verify the responses from other members of that team like Zaheer Khan, Ashish Nehra, Yuvraj Singh, and Harbhajan Singh.

During the show, Sehwag and Ganguly had a lot of laughs, and Sehwag stated that he had never seen a better captain than Sourav Ganguly. Viru went on to say that Ganguly taught Team India how to win in foreign countries. Team India had previously struggled in foreign conditions, but under Ganguly’s leadership, the team began to play better in England and Australia.

Virender Sehwag, who is known for his humour, even made a comparison between Sourav Ganguly and WHO (World Health Organization).

“Sourav Ganguly was like the WHO of our team. Whatever he used to say, would happen,” Sehwag said.

The duo won ₹25 lakh on the show.They were ready for the ₹50 lakh question but unfortunately the hooter sounded to signal the end of the game. Sourav Ganguly and Virender Sehwag were also given a cricket-related question during the show.

The question was: Which previous Indian captain’s only international wicket was the wicket of Travis Dowlin ? For this question, there were four options:

Both of them got puzzled by the question and gave different answers. Sourav Ganguly took Sunil Gavaskar’s name,while Sehwag took the name of Azharuddin.After a lot of discussion, Sehwag and Ganguly decided to take the help of “Ask The Expert” lifeline. The expert gave the correct answer which was – MS Dhoni.

Expert told that Travis Dowlin played for West Indies in the 2009 Champions Trophy and MS Dhoni took his wicket.