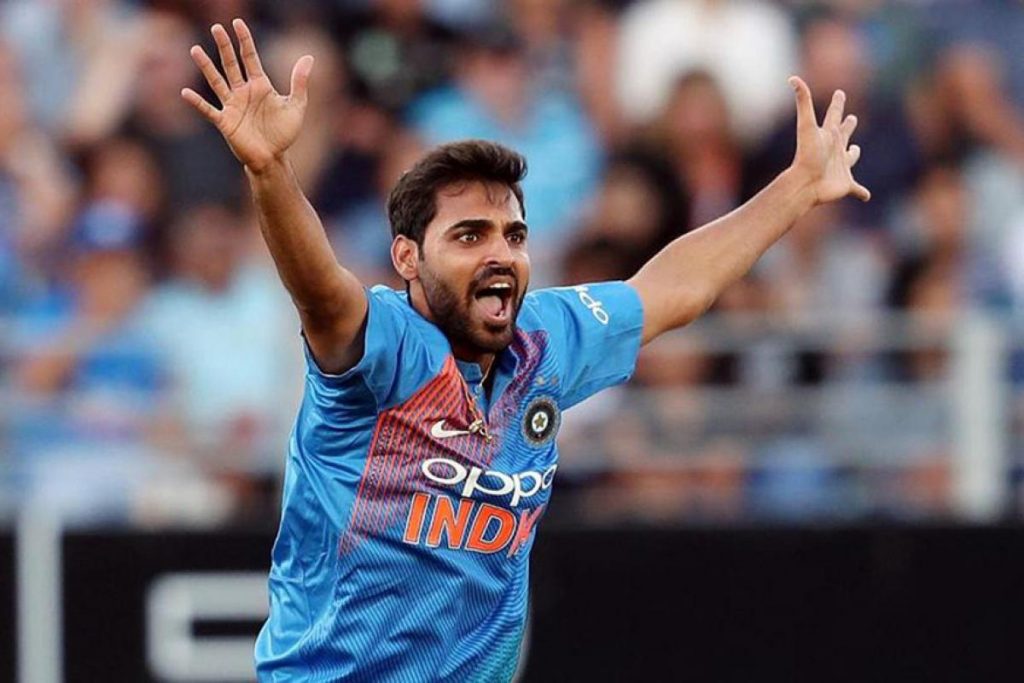 The fast bowler made his debut for India against Pakistan in December 2012. Known for his ability to swing the ball, he quickly rose up the ranks and was a significant figure in SRH becoming 2016 IPL champions. His career has been filled with injuries but his performance in the recently concluded India-England series should give him some confidence.

Bhuvneshwar holds the record for being the only Indian to take 5-wicket hauls in all the 3 formats. One thing that cannot be underestimated is his ability with the bat. He can make vital contributions in the lower order.

Add to that his calm and composed demeanor on the field, captaincy might come naturally to him. Although he hasn’t led a side before, his experience of playing in Lankan conditions before might propel his case further.