Suresh Raina lavished praise on Greg Chappell in his autobiography titled ‘Believe, What Life And Cricket Taught Me’. The former Indian batsman credited Chappell with the shaping of the late 2000’s era of Indian cricketers. He also mentioned the change in mentality regarding chasing totals that came due to Chappell.

Chappell, who was the former coach of India, was embroiled in controversy following India’s infamous exit in the 2007 ODI World Cup. He came under immense pressure for the way he handled skipper Sourav Ganguly, who was ousted from the team at the time. The Indian team was very unhappy with Chappell for creating a sense of insecurity in the team.

Suresh Raina, however, believed that Chappell was responsible in a way for India’s triumph in the 2011 Cricket World Cup.

“In my opinion, Greg deserves a lot of credit for shaping that generation of Indian players. The fruits of the seeds he had sown were seen much later when we won the 2011 World Cup. I think somewhere along the line, despite all the controversies around his coaching career, he taught India how to win and the importance of winning.”

He taught us to chase totals – Suresh Raina on Greg Chappell

Back in the early 2000s, India was not considered as a strong chasing side. Under pressure, the team would wilt because of the over-dependence on certain players in the team. However, under Chappell, the team was instilled with a sense of fearlessness and aggressiveness. 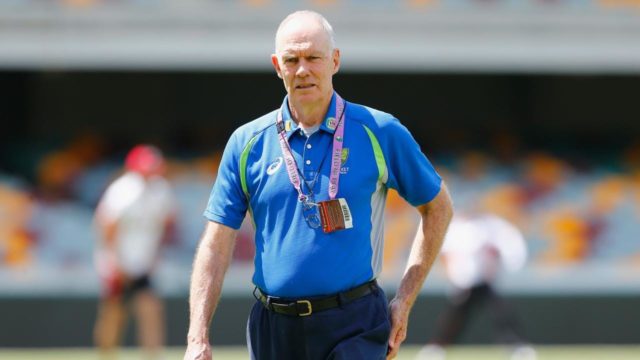 After Chappell’s appointment and under Rahul Dravid’s captaincy, India turned their chasing style around. They went on to script 14 wins in a row while chasing, which is an astounding feat for a team that was struggling a while ago. Suresh Raina believes a lot of the credit here should be given to Greg Chappell.

“He [Greg Chappell] taught us to chase totals. We were all playing well at that point, but I remember him stressing a lot on breaking down run chases at batting meetings. The credit for that goes to both Greg and Rahul Bhai. Eventually, the batting order was fixed very well —Yuvi [Yuvraj], Dhoni and me. By then, we had learnt how to take the pressure as well as the responsibility of chasing and winning. I picked up a lot of lessons from Greg,” Raina added.