Former India all-rounder and World Cup winner, Yuvraj Singh, shared a funny incident that occurred after India’s humiliating exit at the 2007 ODI World Cup. India’s worst performance at a World Cup in the modern era came in the 2007 World Cup.

The team failed to make it out of a group consisting of Sri Lanka, Bangladesh, and Bermuda courtesy of an embarrassing loss to Bangladesh. India, which was under Rahul Dravid’s captaincy at the time, received a lot of flak for its performance. Several disagreements between the then-coach Greg Chappell and Indian players came to light resulting in a lot of controversy surrounding the exit.

Several years later, however, things were seen on a much lighter note. Yuvraj Singh, who was part of the Indian squad in 2007, shed light on an incident that occurred between him and his close friend, Harbhajan Singh. 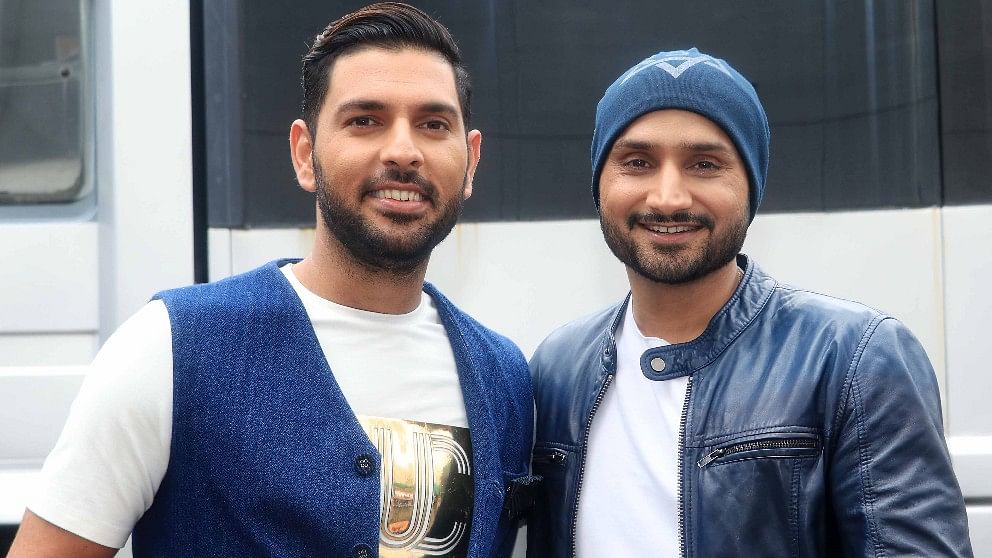 “I remember me and Bhajji [Harbhajan Singh] were almost hiding after the 50-over World Cup because we didn’t qualify. We were like ‘Punjab nahi jaana yaar, chittar khaane hain’ [Don’t want to go back home to Punjab, we will get a beating]. I remember hiding in England and after a while, we went back home. I had a T-shirt which said ‘Play Hard or Go Home’ and I was wearing it on the flight. Bhajji asked me to change it because we are going home. ‘People will attack you if anyone saw you wearing this t-shirt,’ he said,” Yuvraj revealed.

Virender Sehwag, Rahul Dravid, and other cricketers’ effigies were being burnt after India’s unforeseen exit. Yuvraj also mentioned that Harbhajan’s advice was necessary to avoid any more issues.

“It made complete sense! Referring to my t-shirt he said ‘What Play Hard, you aren’t doing that? You are the one Going Home!’. I agreed with him and changed my t-shirt. We then went back to India secretly. It was a tough time, we were getting a lot of flak. But couldn’t do anything about it,” Yuvraj reminisced.