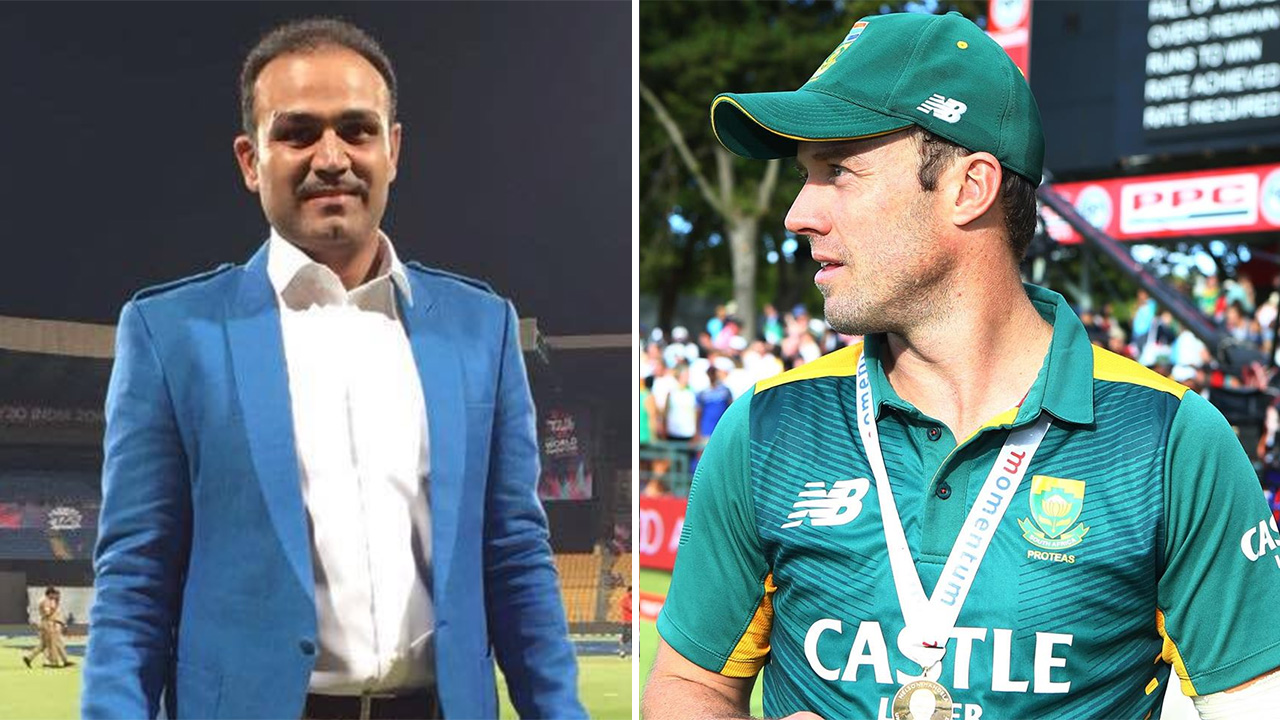 Virender Sehwag has recently praised former South African skipper AB De Villiers for having a good season in the IPL 2021 before it was suspended. De Villiers played a big role in the team’s success and that it had won five out of their first seven games. He played a few blinders against KKR and DC where he single-handedly laid the platform for his team’s success.

Meanwhile, Sehwag believes that the tag of Mr 360 will always remain with AB De Villiers in the future even if people forget his name.

“People may forget his real name, but will always remember Mr. 360 degree. I don’t think we need to give him any other name because how many can you even come up with. 360 degree is a good enough name. In the match against Delhi Capitals, when he left a few balls from Marcus Stoinis outside off-stump, he realised he left a wrong ball. Off the next ball, he went outside off, and even though he was expecting a similar delivery, it was a short-pitched ball and he hit a six,” Sehwag said on Cricbuzz.

There are also speculations that AB De Villiers is thinking of an international return for the T20 World Cup to be played later in the year. He announced his international retirement in May 2018. Now with the Protean team needing his experience in the middle-order, he might make an international comeback to which Cricket South Africa has also responded positively.

Notably, de Villiers was completely inactive before he joined RCB for the 2021 edition of the IPL. And yet he batted with utmost ease first in the tricky wicket of Chennai and later in Mumbai, Delhi. He scored 207 runs in seven games with 10 sixes and two fifty-plus scores in the tournament.

Virender Sehwag concluded that AB De Villiers can do certain things with the bat which no other cricketer in the world can think about doing.