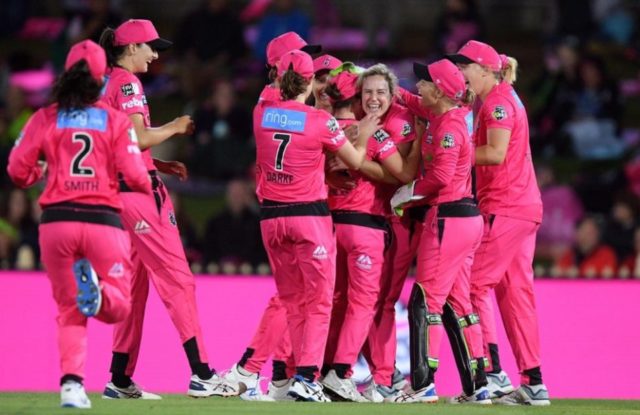 The Women’s Big Bash League has hit been hit by controversy as the Sydney Sixers have been fined $25,000, of which $15,000 is suspended for one year because of an apparent authoritative mistake which led to fast bowler Hayley Silver-Holmes being named in the playing XI against Melbourne Renegades despite not being a part of the 15 member squad.

It all started when Hayley Silver-Holmes was previously replaced in the 15 member squad as she sustained an injury on her foot but later recovered and was included back in the squad. In all this, her return wasn’t yet approved by WBBL’s technical committee.

The error was noticed and self-reported, by the Sydney Sixers management themselves during the match against the Renegades as she was withdrawn from the match without batting.

Sean Carroll, CA’s Head of Integrity and Security laid high significance on the integrity of the competition and such breaches made by teams is considered serious which is why such a high penalty has been imposed on the franchise despite self-reporting the breach.

“Cricket Australia places a significant emphasis on the integrity of all competitions, including compliance with its player contracting rules and regulations. This breach by the Sydney Sixers, while serious in nature, had a reduced impact due to the Club’s actions during last night’s game. As such, we support the findings of Alan Sullivan QC, including the suspension of $15,000 of the $25,000 fine imposed,” Carroll said.

This isn’t the first time the Women’s Big Bash League was hit by controversy as during the 2019-20 WBBL season, Hobart Hurricanes wicket-keeper Emily Smith was banned for the remainder of the Women Big Bash League season for posting team news in advance on her Instagram story which was considered a breach to Cricket Australia’s stringent anti-corruption policy.