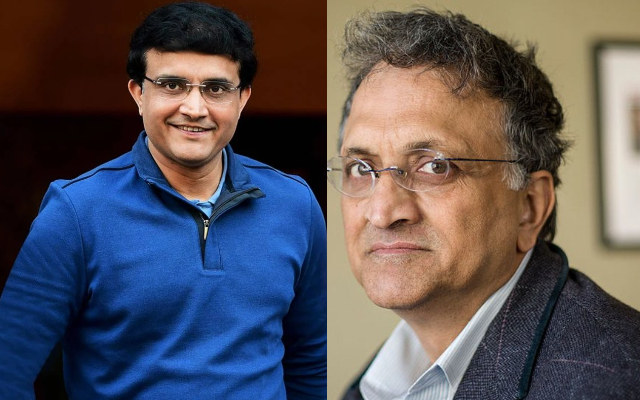 Former member from Committee of Administrators (C0A) Ramachandra Guha takes a jibe at Sourav Ganguly for promoting fantasy game application. Guha in his new book ‘The Commonwealth of Cricket: A Lifelong Love Affair with the Most Subtle and Sophisticated Game Known to Humankind’ also revealed how the Indian cricketing board is effectively being run by N Srinivasan and Amit Shah.

Guha was one of the four individuals from the CoA delegated by the Supreme Court to run the BCCI in January 2017. The peak court had named the advisory group to guarantee straightforwardness in the organization of the BCCI. Yet, in June, Guha had left the panel, referring to personal reasons.

Guha while speaking to Mid-Day revealed how N Srinivasan and Amit Shah running the Cricket Board in India whereas the state associations are led by their sons and daughters which out and all defies the nepotism being inherited. He also raised concerns over how the Ranji Players are still not being paid their dues on time.

“N Srinivasan and Amit Shah are effectively running Indian cricket today. The state associations are run by somebody’s daughter, somebody’s son. The Board is steeped in intrigue and nepotism and there are great delays in paying Ranji Trophy players their dues. The reforms that were hoped for have not happened,” Ramachandra Guha told mid-day.

Eminent historian Ramachandra Guha also took a jibe at Sourav Ganguly for promoting a fantasy cricket app despite being the President of the BCCI. He finds the greed for little money among the Indian cricketers very shocking when the topic of conflict of interest was raised.