Former Australian leg-spinner Brad Hogg has picked his ideal playing XI for Team India for the upcoming T20 World Cup. Preparations are raging for countries around the world, with an eye on settling their squads for the big event.

Since Virat Kohli and Rohit Sharma had a successful partnership at the top against England, Brad Hogg picked them both to open the innings for India. Talking in a Vlog on his YouTube channel, Hogg said:

“My team will have Virat Kohli and Rohit Sharma opening the batting. I’m being pretty tough on Dhawan there but I think they need more attacking players in the middle-order. And to do that, they’re gonna have to push Kohli up the order.”

Coming in at No.3 and No.4 were Suryakumar Yadav and KL Rahul. The former smashed a fifty in his debut innings against England and will add some spice to the batting according to Hogg.

“I have Suryakumar Yadav coming in at No.3. I just think his versatility is going to add a bit more spice to that batting line-up. No.4 is the spot that is up for grabs and KL Rahul is the prime-runner in that particular spot.” 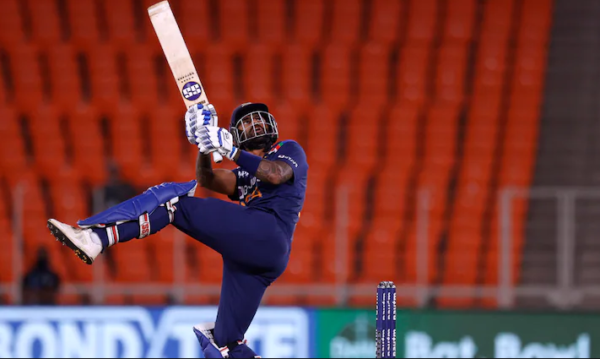 He felt Manish Pandey and Ishan Kishan will have a good chance as well considering they’re in the white-ball squad for the series against Sri Lanka. The rest of the batting-order was then filled by Rishabh Pant, Hardik Pandya and Ravindra Jadeja.

“Coming in at No.5 is Rishabh Pant. I would keep him there as a floater. If you lose a wicket in the seventh over, you’re bringing him there to really dominate against spin. I think I would have Hardik Pandya at No.6 and Ravindra Jadeja at No.7,” Hogg said.

“At the moment, Chahal is the No.1 spinner” – Brad Hogg

Coming to the bowling attack, Brad Hogg felt Kuldeep Yadav has been the better performer over the last four years but he has lost form of late. And that makes Yuzvendra Chahal the likelier of the two to feature in the World Cup.

“If Kuldeep can regain that form, having a left-arm chinaman in the T20 World Cup will be a point of difference. But at the moment, I think Chahal is the No.1 spinner.”

Since Mohammed Shami won’t get much white-ball practice, he’s probably out of the reckoning in the Team India playing XI, according to Brad Hogg. That opens up the slot for Shardul Thakur.

“I think someone like Thakur might get an opportunity with his explosive batting at the back end. And you’ve got Bhuvneshwar Kumar bowling in the powerplay with the swing and then Bumrah,” he concluded.