The much-awaited India-Pakistan rivalry is all set to take place in the ongoing ICC Men’s T20 World Cup 2021 as Virat Kohli-led India will take on Babar Azam & Co. on October 24 at the Dubai International Cricket Stadium. India are the favourites in the contest as the Men in Green are yet to defeat the Men in Blue in a World Cup match ever.

Ahead of the high-voltage contest, Pakistan skipper Azam was asked to share his views on the match and whether or not he thinks Pakistan would be able to register their first win against India in World Cup.

#T20WorldCup
Virat Kohli on India Vs Pakistan in T20 World Cup 🏆
its just game for us ✔️ pic.twitter.com/W6vuxnnttZ

Babar Azam said his team was not focusing on what has happened in the past and was determined in playing good cricket against India on October 24.

“When you go into a big tournament, what matters is your belief, the confidence you have within the group. As a team, our confidence and morale is very high. Past is gone, we are not thinking about it rather we are focusing on the future. I am confident that we are well prepared and will play good cricket in the match,” Azam said during a presser.

Azam admitted that there was always pressure in an India-Pakistan match but his team was focusing on staying calm and playing good cricket against the Men in Blue.

“An India-Pakistan contest is always a high-intensity match and there always is pressure but as players and as teams, we try to focus on cricket. We need to be calm and focus just on cricket. We will have to play good cricket in the match,” Babar added. 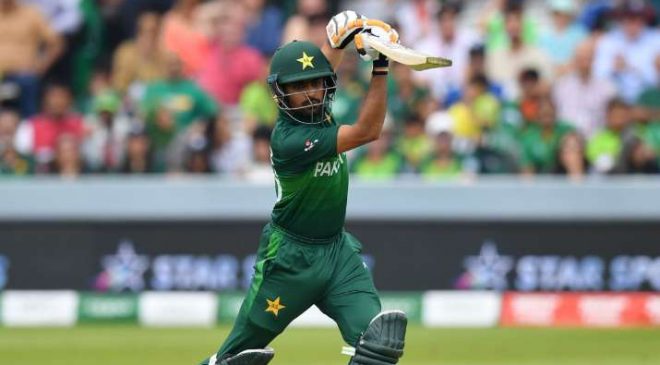 We know how the wickets will behave – Babar Azam

Babar Azam concluded by saying that Pakistan is used to the conditions in UAE played enough cricket in the last 3-4 years in the UAE and they will win the upcoming match against India.

“As far as the conditions in UAE is concerned, since I have been playing cricket, we have played in UAE in the last 3-4 years and we know how the wickets will behave and how the batsmen need to adapt themselves. On the day, whoever plays better cricket will win and our aim is to play best cricket and if you ask me, I think we will win,” he said.