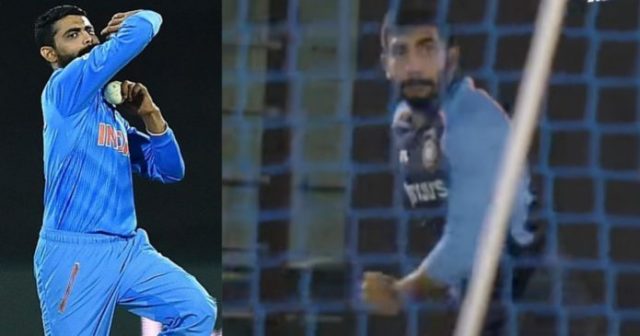 Jasprit Bumrah is known as one of the best bowlers of modern cricket in all 3 formats. He’s been an asset for team India and has stepped up whenever the team has needed him. He’s best known for his unique bowling action and very few bowlers can bowl perfect yorkers like he does time and time again.

However, in a recent video uploaded by the ICC on their Instagram handle, Jasprit Bumrah was seen imitating Ravindra Jadeja in the nets.

Jasprit Bumrah was one of the best bowlers for India in the T20 World cup 2021. He picked up 7 wickets in 5 matches while Ravindra Jadeja also returned with the same number of wickets. 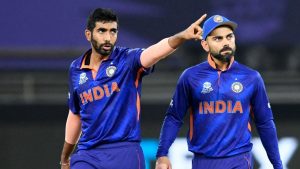 The Board of Control for Cricket (BCCI)has announced the full 15 member squad for the upcoming T20 series against New Zealand beginning from the 17th of November 2021.

Rohit Sharma has been named the new T20 skipper for the Indian Cricket team after Virat Kohli stepped down from the role after the World Cup 2021. Moreover, Rahul Dravid will take charge of the team’s Head coach position after Ravi Shastri’s tenure gets over.

Jasprit Bumrah along with Virat Kohli, Ravindra Jadeja and Mohammad Shami have been rested for the three-match series against the Kiwis. The pace spearhead is expected to return during the two-match Test series.