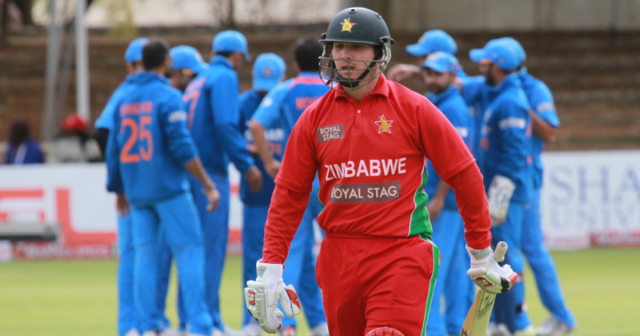 Former Zimbabwe skipper Brendan Taylor has written a message on Twitter describing an incident from 2019 in which he was contacted for spot-fixing. Brendan revealed that in October 2019, he was contacted by a businessman to come to India to discuss about the launch of a T20 League in Zimbabwe.

He was promised to be payed USD 15,000 for the journey. Zimbabwe Cricket hadn’t paid the players since six months and hence he decided to travel to India despite being a little apprehensive.

After the discussions, that businessman took Brendan for a celebratory dinner and there he was offered cocaine. Brendan fell for the bait, and a video was taken of him doing cocaine. Later the same video was used to blackmail him.

The next day, 6 men barged into Brendan’s hotel room and said that the video from last night would be made public if he does not do spot-fixing in international matches. He was handed the previously promised amount of USD 15,000, with a further sum of USD 20,000 to be delivered when the ‘job’ was completed. At that time Brendan accepted the money as he wanted to get on a plane and leave India immediately.

Brendan stated that this event had a significant impact on his physical and mental health, and that he will begin rehabilitation on January 25 in order to get his life back in order. Brendan however explained that he has never been involved in fixing a match. “I would like to place on record that I have never been involved in any form of match-fixing. I may be many things, but I am not a cheat”, he said.

Taylor stated that he will accept the ICC’s ruling in this matter. Because of the four-month delay in notifying the ICC, Taylor is set to face a multi-year suspension under the ICC Anti-Corruption Code. He also advised the young players to take lessons from his story and avoid falling into these traps.

To my family, friends and supporters. Here is my full statement. Thank you! pic.twitter.com/sVCckD4PMV