Mithali Raj, the Indian veteran has announced retirement from all forms of international cricket. Raj, during her stint with the national team, played 12 Tests, 232 One-Day Internationals (ODIs), and 89 T20 Internationals.

The right-hand batter has led the country in 155 ODIs, most in the women’s game. Raj, who literally reinvented the women’s cricket in India, led the side into two World Cup Finals, during her leadership era. Overall, Raj has 10,868 international runs in her account, which has made her one of the greatest of all time in the game.

As Raj leaves the field for a new inning now, let’s have a look at the best of her, across the 19 years of her cricketing career. 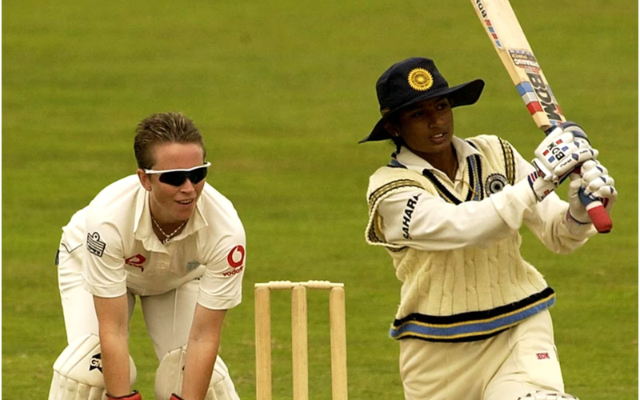 Who would have thought a 19-year-old, barely experienced Indian gal would smash the prime English lineup on their soil, that too in a Test? Well, Raj did that! She has done several things that one could ever think.

It was the second Test of the India tour of  England, back in 2002. Indian skipper Anjum Chopra won the toss and let England bat first. Jhulan Goswami then, in association with her fellow pacers, didn’t let the English top order sustain. It was the lower-middle order, that aided England to put on a decent score of 329. Laura Newton topped the batting scorecard with 98 runs. Neetu David picked 4 wickets for India.

It was India’s turn then; Indian openers too failed to score much against the English lineup. Mithali Raj came to bat number four and just went on. Raj kept building partnerships with Chopra, Hemlata Kala, and Goswami and scored a double century. Raj notched 214 runs in 407 deliveries, with 19 fours, at the County Ground, Taunton. 9 English players bowled in that innings.

India put on a total of 467 runs. It was a historic occasion. Batting in their second innings, England aided by Charlotte Edwards’ fifty, declared at a score of 198 for 6. Although, the match ended up being drawn.

This time, it was the ODI debut of Raj, way before her 214 heroics. India women, back in 1999, had toured England, with an ODI scheduled, against Ireland. Miriam Grealy, the Ireland skipper won the toss and elected to bat first.

Reshma Gandhi with Mithali Raj, the debutant, opened the Indian innings. Gandhi smashed an unbeaten century, and to share the celebrations, Raj too scored an unbeaten ton and announced herself in the international arena.

India didn’t lose a wicket and managed to put on a total of 258. Ireland, in reply, couldn’t endure the Indian attack, as they batted for 50 overs, scoring merely 97 runs for 9 wickets. Purnima Rau picked up four wickets, for India. 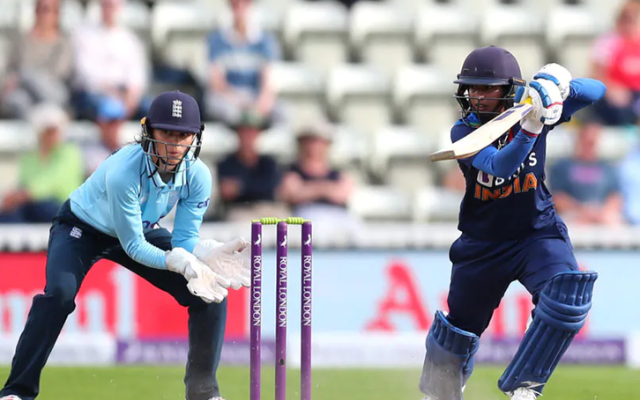 Although, this is neither a century nor a title-winning knock, the ones who have followed the India tour of England back in 2021, would understand how vital this innings was.

It was the third ODI game of the tour and Raj, the captain had won the toss, electing to field first. England had already clinched the series and it was a question of pride, for India. Indian bowlers restricted England to a score of 219.

In reply, India started roughly again, losing wickets every interval. Raj then came to the rescue and scored an unbeaten knock of 75 runs in 86 deliveries. She smashed 8 boundaries in that innings and guided her side to the victory. India successfully avoided the whitewash.