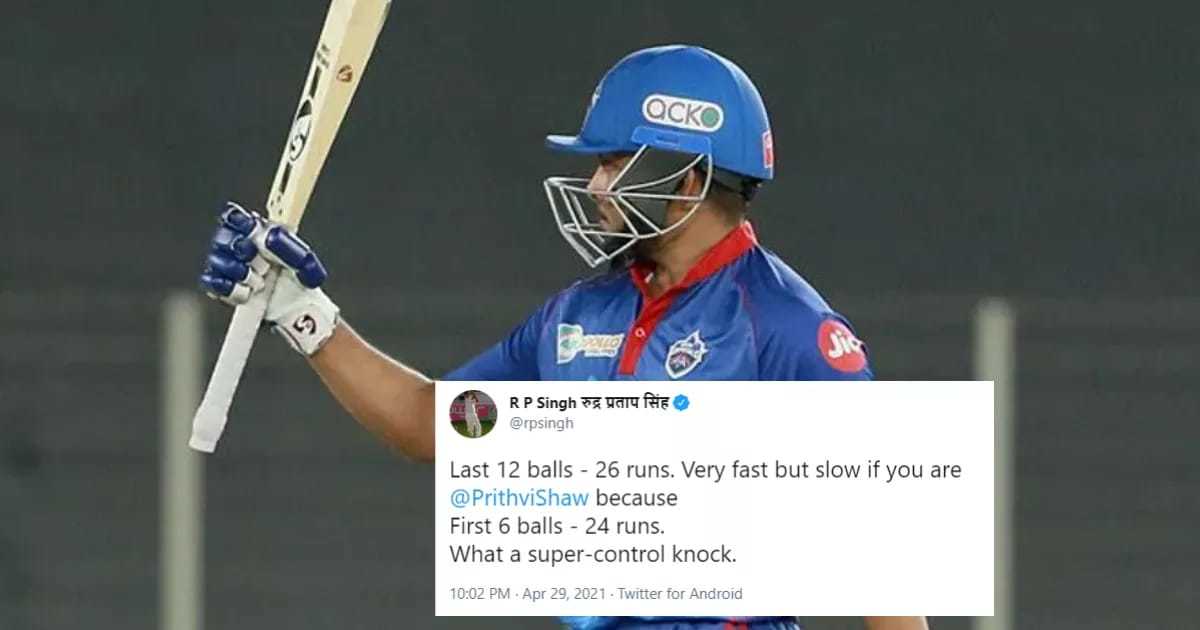 Prithvi Shaw has come to dominate in IPL 2021 and he keeps getting better with each match. The Delhi Capitals opener effortlessly and completely destroyed the potent KKR bowling at Ahmedabad.

On a pitch where others have found though to get going Shaw, it seems has batted on a different wicket. Tonight he has activated his beast mode and unleashed his wide array of strokes and smashed an 18 ball half-century.

While he was bossing KKR, Twitter was in awe of his fearlessness and his stroke play. He literally toyed with the field placements and bowling.

When the bowlers targeted his pads he flicked or smashed them down the ground with utmost ease. Against the spinners, he opened up the offside and played some delightful strokes over extra cover and point region.

The 21-year-old Shaw is truly at his best and many on Twitter even believe he should be fast-tracked in the Indian T20I squad. With the T20 world cup not far away Shaw might be given an opportunity to bat at the top with Rohit Sharma.

Nevertheless, it was an exhibition of high-class batting and he kept getting better with each stroke. Currently, with 10 boundaries and 2 sixes, he is batting on 62 runs in 24 deliveries and is owning the KKR attack.

He even hit 6 boundaries in an over and only became the 3rd batsman in IPL history to achieve the special feat. Meanwhile, Twitter was buzzing in appreciation of Prithvi Shaw and here are some of the best reactions.

Just 18 balls for his 50. Has made it easier for everyone else. In absolutely cracking form @PrithviShaw. Look forward to more.

Last 12 balls – 26 runs. Very fast but slow if you are @PrithviShaw because
First 6 balls – 24 runs.
What a super-control knock.

Every now and then, Prithvi Shaw wakes you up to his enormous talent.

If the bottom-half teams are still interested they must watch how the pair of Shikhar Dhawan and Prithvi Shaw bat in PP: See ball, hit ball. Don't know why others just hold themselves back all the time #DCvsKKR @SDhawan25 @PrithviShaw