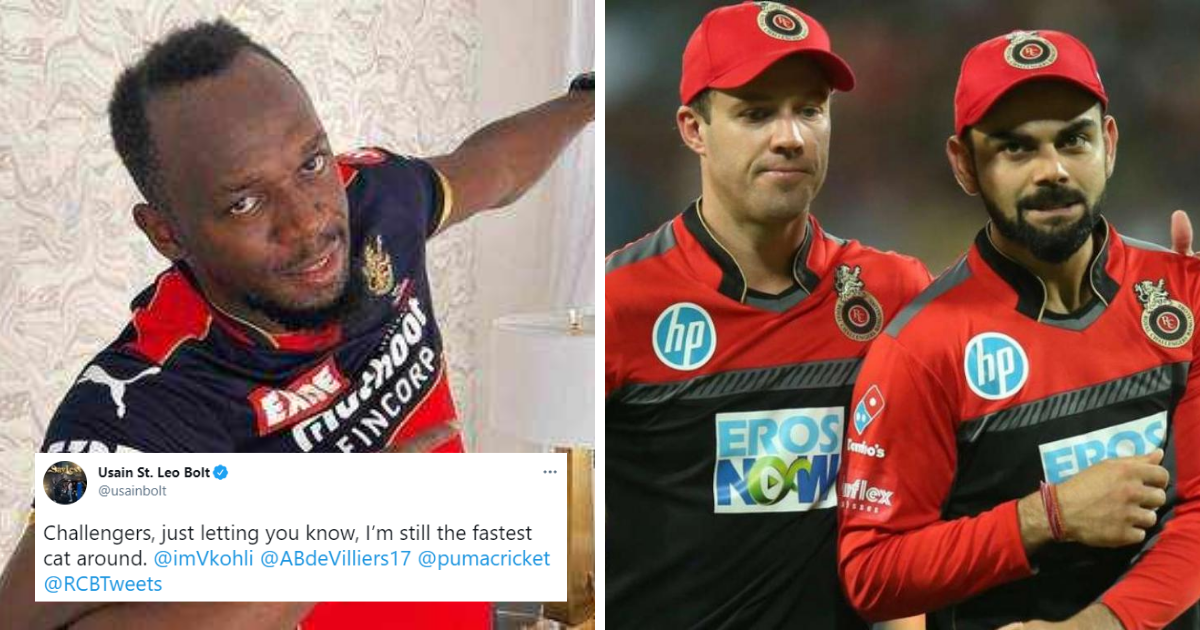 Legendary sprinter Usain Bolt’s love for the Indian Premier League (IPL) franchise Royal Challengers Bangalore (RCB) is no secret. Ahead of the 2021 season which commences on April 9 (Friday), Bolt donned the RCB jersey and tweeted to convey his best wishes to the Virat Kohli-led side, who begin their campaign against the defending champions in the tournament opener.

Meanwhile, Bangalore has been marred with a couple of COVID-19 cases in their camps. After star opener Devdutt Padikkal, now overseas all-rounder Daniel Sams has also tested positive for the novel coronavirus. However, if reports are to be believed, Padikkal has recovered and joined the team in Chennai ahead of their season opener.

And now, Royal Challengers Bangalore have received a massive cheer from arguably their biggest supporter. The Jamaican superstar Usain Bolt took to microblogging website Twitter to wish Bangalore ahead of their IPL 2021 season and also established his supremacy in his usual wittiest style. The Virat Kohli-led side, who are yet to win their maiden IPL trophy will be desperate to end their trophy drought and lift the coveted title this time around.

The tweet from Usain Bolt didn’t go unnoticed and Royal Challengers Bangalore skipper Virat Kohli was quick to respond to it. Replying to Bolt’s tweet on RCB, Kohli said there is no doubt about Bolt’s abilities.

“No doubt and that’s why we’ve got you on our team now, tweeted Kohli.

No doubt and that's why we've got you on our team now 🙌 @usainbolt @pumacricket https://t.co/1k3ZkTozR5

Adding forward, star Proteas batsman AB de Villiers also chipped in with a cheeky reply. The former Proteas cricketer said that they can call Usain Bolt when they need an extra run.

“We know whom to call when we need a few extra runs! @usainbolt @pumacricket,” AB de Villiers wrote on Twitter.

We know whom to call when we need a few extra runs! 👀 @usainbolt @pumacricket