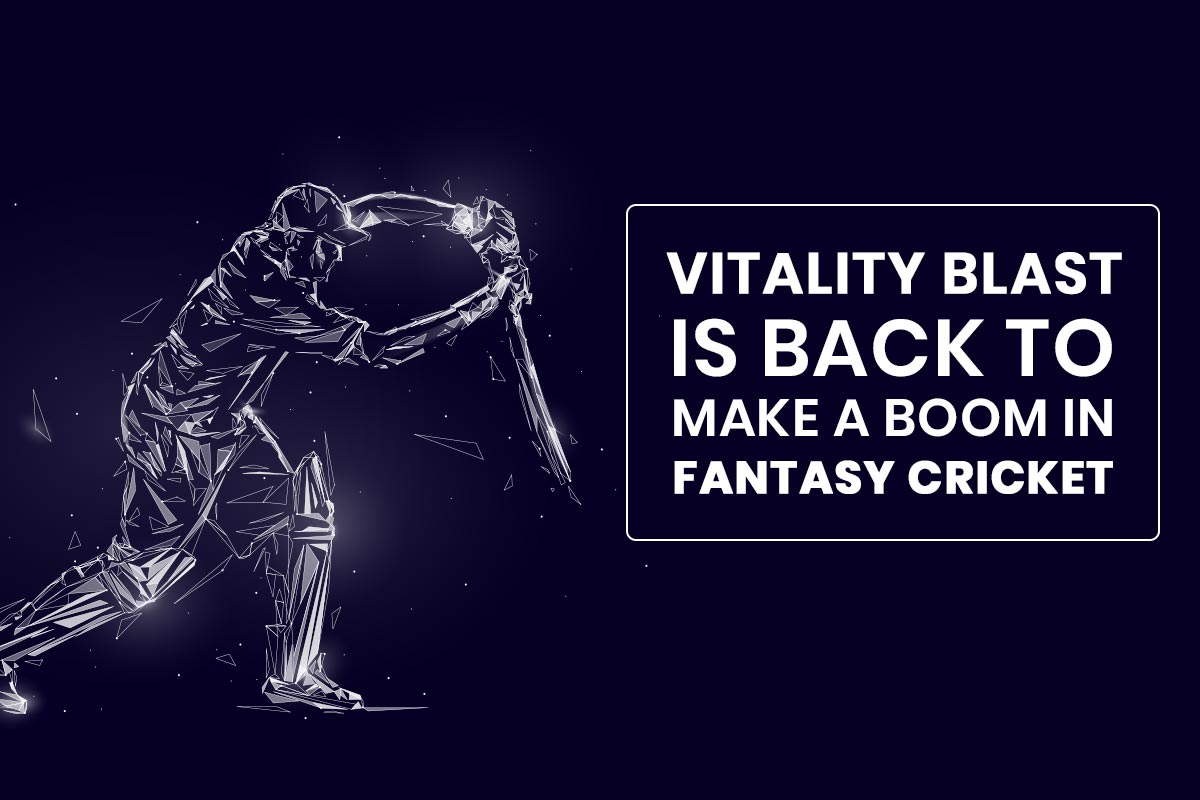 Since it has been announced that Indian Premier League will be played in September, so it is safe to assume that Cricket is back with full force. We have seen England vs Pakistan Test series and now the T20 series has begun. We are in the middle of the Caribbean Premier League and there is one more fan favourite league which has made a comeback, The English Domestic League.

If you are a fantasy cricket enthusiast then you must know about this glorious league which was first played in 2003. Administrated by the England and Wales Cricket Board or the ECB, the English domestic league has helmed many titles such as Friends Provident t20 and Friends Life t20 and from 2014 to 2017 as the Natwest t20 Blast. This edition is known as Vitality Blast and it will be played among 18 teams and will have begun on 27th of August and will end on 3rd October of 2020.

The teams that are participating have divided into 3 groups, North, Central and South. Here are all the teams that will be playing.

Golden Chance for you

This is a golden opportunity for all the fantasy cricket enthusiasts to master the game of fantasy cricket. This T20 league will give you ample amount of practice and knowledge of actually the game works and how you can earn lakhs of rupees daily.

First, you have to choose an upcoming match. It can be any match, and it will reflect on the platform. All you have to do is select a game and then make a team. The team formation process is relatively simple. You have to make a team of 11 players, and those 11 players can be from both the playing sides. After selecting the team, you have to choose a captain and a vice-captain both of which will help you win the match because in fantasy sports whatever your captain and vice-captain scores it gets multiplied by 2 and 1.5 which gives you a good amount of total. You can watch your game while managing your team at the comfort of your home.

If you are new in the world of fantasy sports, then you can update yourself with the knowledge of players, stadiums, pitches and everything related to cricket. Once you are through everything, you’ll be able to make a team confidently. Right now is the best time to practise your skills as a novice because once the lockdown is over and the matches are live, there will be a lot of chances to win vast amounts of real cash online.

Let BalleBaazi be Your Guide

BalleBaazi is India’s leading fantasy sports app with a user base of 4 million fantasy sports enthusiasts who are earning real cash every day. Launched in January 2018, the fantasy sports conglomerate has since become a mighty force in the Indian fantasy gaming space and now it’s considered one of the best fantasy sports apps in India. As the name suggests, BalleBaazi started with cricket as its primary sport but then branched out in several other games like football, kabaddi, basketball and baseball.

Not only just cricket but you can earn real cash through these other sports that they offer. If you are a fan of football then go on and make a football team, If you think your knowledge of basketball is impeccable then make a basketball team. There is literally nothing stopping you from earning real money online. So take out your smartphone and download BalleBaazi. Apply your knowledge and start earning real cash right now. So now you have all the important information that you need at the start of your fantasy sports journey.

If you want to dabble in the world of fantasy sports then BalleBaazi is the best way to do it. You can win free tickets from the weekly contests. You can use BalleBaazi Codes and get up to 100% Bonus. BalleBaazi has been chosen as the best fantasy sports app in India by the 4 million-plus user base that they have and this user base is growing rapidly. If you should do it, then do it with BalleBaazi.