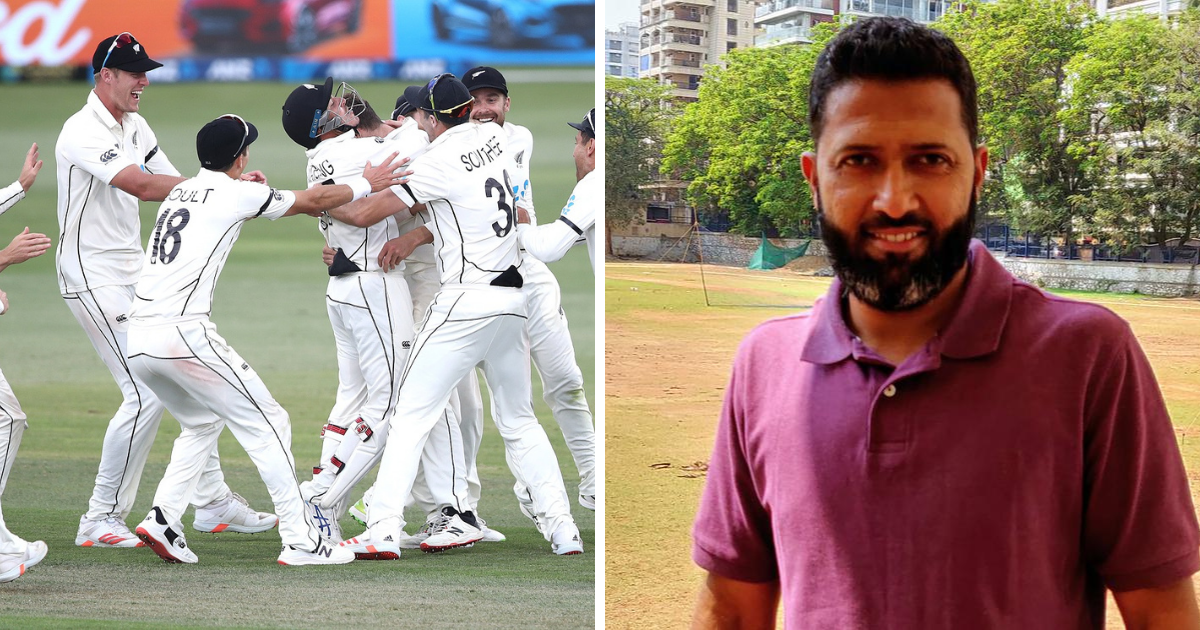 New Zealand Cricket team wrote a new chapter in their history books as they clinched the top spot in ICC Test rankings for the very first time in history. In the wake for it, former India cricketer Wasim Jaffer came up with a hilarious tweet to congratulate the world’s best Test side at the end of 2020.

Pakistan, after opting to bowl, removed both the NZ openers and made life difficult for even Williamson with accurate bowling especially Shaheen Afridi. But, then, they let it drift away with a couple of drops and a missed review. The New Zealand skipper took advantage of it, compiled his 23rd Test ton and three of his team-mates notched up their respective fifties to post a 400+ total.

In reply, barring the Rizwan-Faheem partnership (107), there was hardly any fight from the visitors as they folded out for a moderate score and conceded a 192-run lead. The New Zealanders scored at a brisk pace in their second essay to set a target of 373 for their opponents in just over four sessions before bowling out Pakistan to go 1-0 up in the Test series.

Meanwhile, the victory powered New Zealand to the No.1 Test side in the latest released ICC Test Rankings. This is the first time in their cricketing history they have attained the top position going past Australia and India. Former India opener Wasim Jaffer came up with a hilarious tweet to congratulate the New Zealand Cricket Team.

Jaffer has been setting the social media platforms on fire with hilarious memes ever since he bid farewell to the game last year. Wasim Jaffer also ended 2021 with another hysterical tweet.

Meanwhile, the second Test between New Zealand and Pakistan will commence from January 3 (Sunday) at the Bay Oval in Christchurch.

“Blessed To Have Spoken To Them” – Jemimah Rodrigues Reveals Speaking To Rohit Sharma...