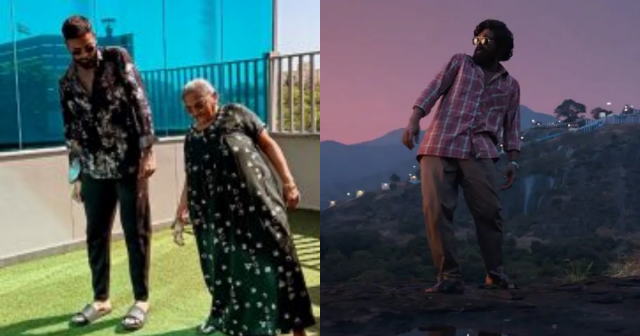 Celebs and Instagram influencers have all been shaking a leg on the songs of the Telugu movie ‘Pushpa’. Tracks like Srivalli, Saami, and O Antava are super popular on the internet. Especially, the iconic Srivalli dance step done by Allu Arjun has been imitated by many renowned personalities.

The newly-appointed skipper of the Ahmedabad IPL franchise, Hardik Pandya posted an Instagram reel on Wednesday in which he can be seen performing the Srivalli hook step with his Nani. The video is very adorable and has received a lot of positive comments on social media.

The pair has mastered the steps of the song like a pro. The video is recorded on the terrace of their house. “Our very own Pushpa nani”, Hardik captioned the post.

I want to play as an all-rounder: Hardik Pandya

Hardik Pandya was India’s No.1 all-rounder at one point in time. However in the recent past, due to a back injury, Hardik hasn’t been consistent with his performances.

The 28-year old hasn’t been able to bowl due to the injury. In IPL 2021, he didn’t bowl a single over for Mumbai Indians. Even during the T20 World Cup 2021, Hardik bowled just 4 overs in the entire tournament

Hardik has recently mentioned that he has been training hard to again bowl consistently at the international level.