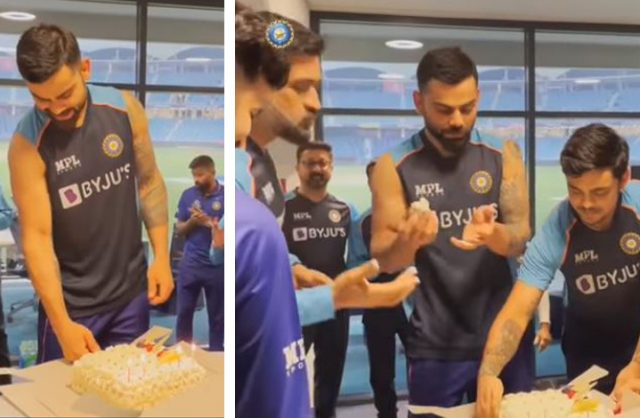 Indian team celebrated skipper Virat Kohli’s birthday, after a dominating win against Scotland on Friday at the Dubai International Stadium. Kohli, who turned 33, led India to their second victory of the tournament.

In a video shared by the official social media handle of the Board of Control for Cricket in India, the Indian players were seen celebrating Virat Kohli’s birthday. The skipper was cutting the birthday cake, as the team-mates showered wishes. The BCCI wrote,

“Cake, laughs and a win! 🎂 😂 👏 #TeamIndia bring in captain @virat.kohli’s birthday after their superb victory in Dubai. 👍 #T20WorldCup #INDvSCO”

The birthday celebration was followed by the customary “cake facial”. In a video shared by Suryakumar Yadav on his Instagram stories, the Indian skipper is seen smeared in cake, smashed by his teammates. 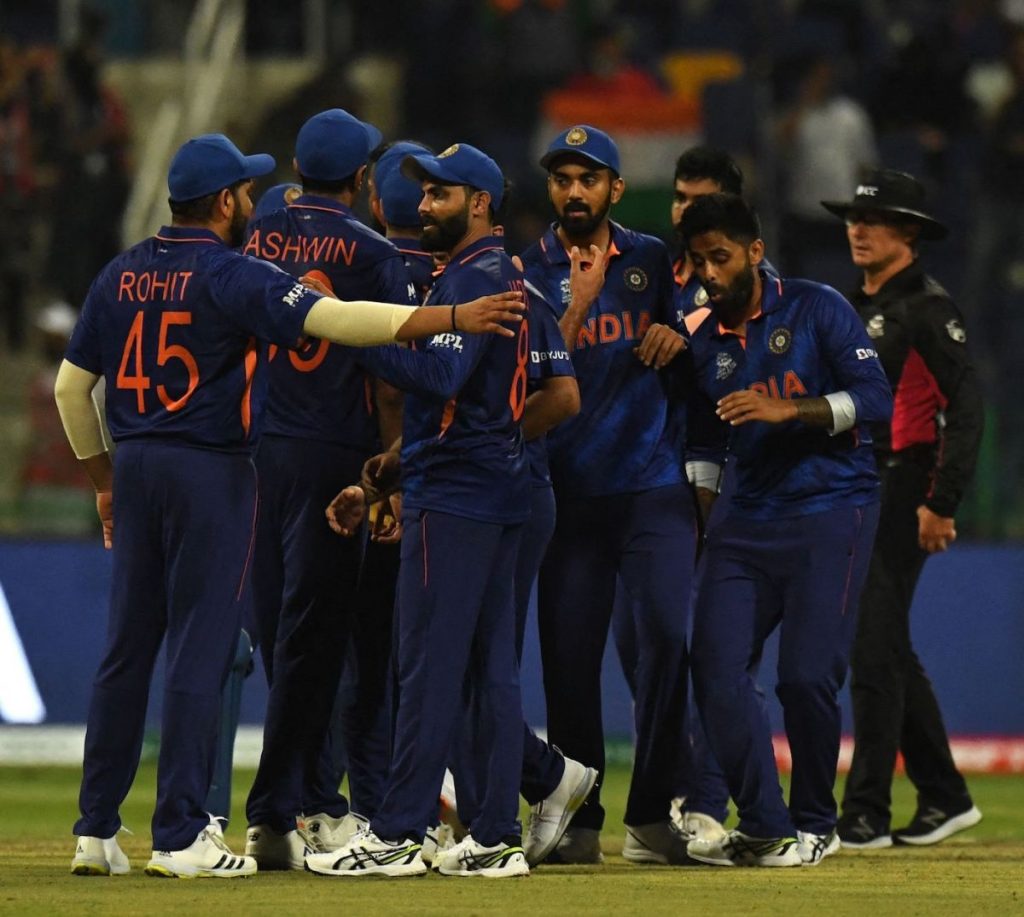 India inched closer to securing a spot in the semis of the ICC T20 World Cup 2021. They defeated Scotland by 8 wickets on Friday, to register their second consecutive victory.

On the back of a brilliant bowling performance, India bowled Scotland out for a paltry 86 runs. All-rounder Ravindra Jadeja and pacer Mohammad Shami took three wickets each in the first innings. In reply, the Indian opener, KL Rahul and Rohit Sharma got off to a great start.

They scored 70 runs in less than 5 overs before Rohit Sharma got out for 30 runs off 16 balls to Bradley Wheal. KL Rahul followed his partner, as he was dismissed soon after for 50 runs off 19 balls. India won the match with 8 wickets in hand.

The Men in Blue will play against Namibia in their final match of league stages on November 8 at the Dubai International Stadium.