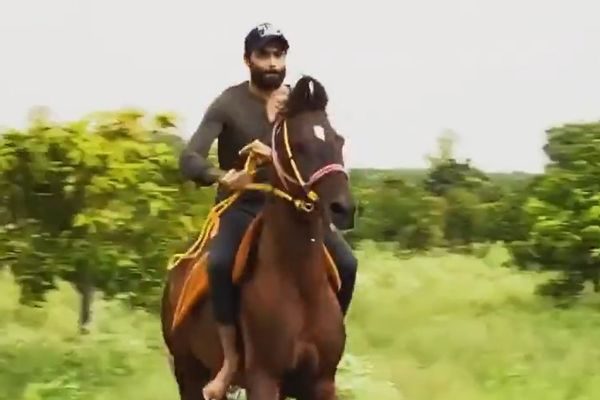 Team India cricketer Ravindra Jadeja’s all-round ability both on and off the field is nothing new to the fans. The cricketer from Saurashtra recently shared a video of him sharpening his horse-riding skills in his farmhouse. Incidentally, Jadeja reunited his family after the Board of Control for Cricket in India (BCCI) put a halt to IPL 2021 on May 4 in the wake of the COVID-19 crisis in India.

Jadeja, who recovered from the injury he suffered during the series against Australia, joined the Chennai Super Kings squad ahead of IPL 2021. He looked in good rhythm as Chennai occupied the second spot after Delhi Capitals before the tournament was called off.

Post that, Jadeja flew back home and is spending time with his family. On Thursday (May 20), the all-rounder took to Twitter and shared a video of him sharpening his horse-riding skills. The 32-year-old entertained the fans with the video and wrote in the caption:

Ravindra Jadeja will fly to the UK with Team India

Meanwhile, Jadeja will soon join his India teammates in Mumbai before they fly to the UK for the ICC World Test Championship final against New Zealand followed by the five-match Test series against England. The World Test Championship final against New Zealand will mark Jadeja’s comeback to international cricket. He was ruled out of action during the third Test of the Border-Gavaskar Trophy. Jadeja missed the complete home series against England and made his comeback in IPL where he played a key role in CSK’s domination.

The CSK all-rounder scored 131 runs and scalped 6 wickets in 7 matches. During the league stage game against Royal Challengers Bangalore, Jadeja hit Harshal Patel for 37 runs in an over. He will look to continue the good work as India aim to lift the first-ever ICC World Test Championship title.