Indian cricketers Yuzvendra Chahal and Shikhar Dhawan often post hilarious videos on Instagram to entertain their fans. Recently, the two teamed up for another such video.

The video was shared by Shikhar Dhawan on his Instagram account, yesterday. It was shot in the National Cricket Academy in Bengaluru, on a popular Bollywood song.

The reel also features, Bhuvneshwar Kumar who is seen enjoying the behind-the-scenes of the video. Dhawan captioned the video as,

According to a report by the Cricbuzz, the BCCI has asked, 25 contracted and non-contracted players, to report to the National Cricket Academy in Bengaluru for a fitness assessment.

Along with Shikhar Dhawan and the Yuzvendra Chahal, KL Rahul, Shardul Thakur, and Bhuvneshwar Kumar are also at the National Cricket Academy.

Indian Premier League 2022 to kick off on March 26 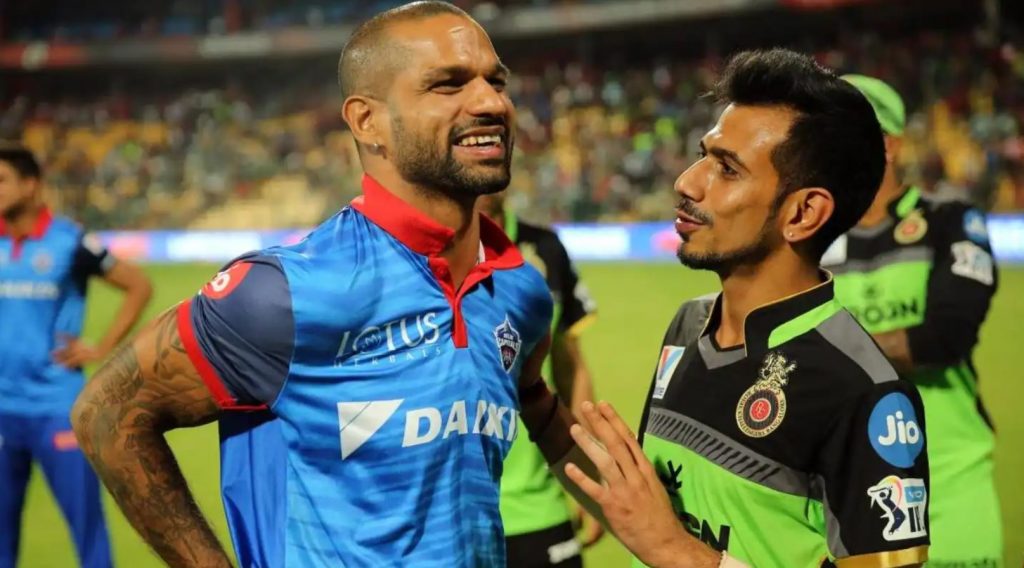 The Board of Control for Cricket in India, on Sunday, announced the Indian Premier League 2022 schedule. The season will begin on March 26 with Chennai Super Kings taking on Kolkata Knight Riders at the Wankhede Stadium in Mumbai.

Shikhar Dhawan will represent the Punjab Kings this season. He was signed by the franchise for ₹8.25 crores at the mega-auction last month. On the other hand, Yuzvendra Chahal will play for the Rajasthan Royals, who signed him for 6.5 crores.