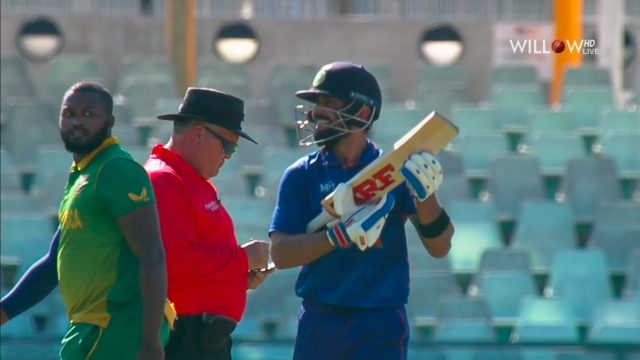 Former India captain Virat Kohli dedicated his half-century in the 3rd ODI against South Africa at Newlands in Centurion, to his daughter, who recently turned one year old. Kohli has now struck two fifties in the three-match series but that elusive three-figure mark has eluded him.

Chasing 288 runs set by South Africa, India were dealt with a massive blow losing stand-in skipper KL Rahul early in the 5th over. Since then, Virat Kohli and Shikhar Dhawan revived India’s innings with a 98-run stand before Dhawan was dismissed playing a rash shot.

Kohli brought his half-century off 63 balls in the 5th ball of the 25th over. Soon after reaching the mark, Virat Kohli celebrated the small milestone with a cradling gesture for his daughter Vamika, who was born on 11 January 2021.

Anushka Sharma and Vamika, who were present in the stands, were also seen standing up and celebrating Kohli’s fifty. 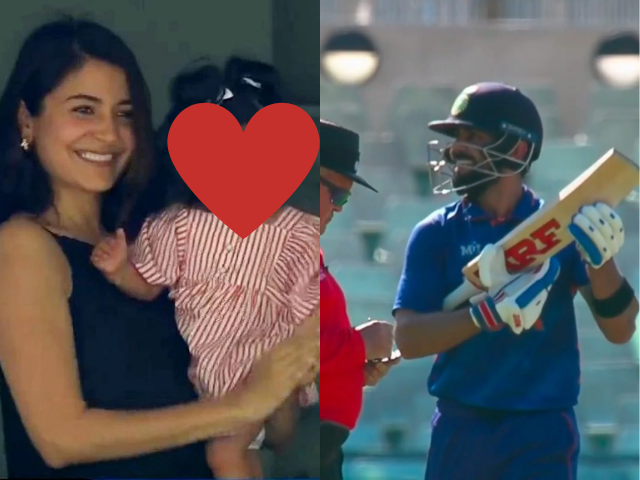 India’s batting once again faltered in the run chase with the middle-order failing to make significant contributions after Virat Kohli and Shikhar Dhawan added 98 runs for the second wicket.

India lost both the set batters in quick succession while Rishabh Pant departed for a golden duck to reel India at 156/4. Shreyas Iyer and Suryakumar Yadav tried to revive the innings but both got out after getting set as South Africa managed to stay ahead in the game.

The equation came down to 57 off 42 deliveries with only three wickets to spare.