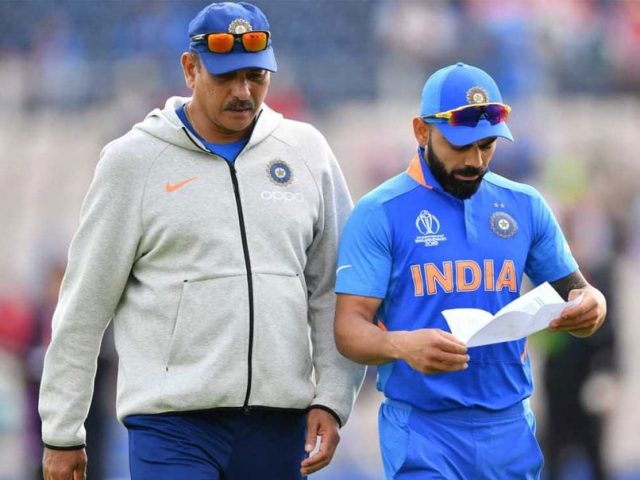 Former Team India head coach Ravi Shastri believes Virat Kohli could have led for another two years, saying that Kohli’s record would not have boded well with many. Incidentally, Kohli relinquished his leadership duties from the red-ball format of the game after a humiliating 1-2 defeat against South Africa.

Incidentally, Kohli had stepped down from the shortest format after the T20 World Cup being he was being sacked from the one-dayers. Some experts say that relieving him from the ODI leadership didn’t bode well with Virat Kohli eventually led to his decision to step down from the Test.

Speaking of Kohli, Ravi Shastri, who has seen him from close quarters, said the talismanic cricketer could have ended with 50-60 Test victories.

“Whether Virat could have continued to lead India in Tests. For sure, he could have led India for at least 2 years because next two years India would be playing at home and who is coming over – 9 and 10 jacks, going by the rankings. But he would have then made it to 50-60 wins under his captaincy and a lot of people will not be able to digest that fact,” Shastri said to India Today.

“Two years, he could have carried on but we should respect his decision. In any other country, this kind of record is incredible. You won against Australia, England and lost 1-2 to South Africa but still, there are debates if he should be the captain or not.”

Kohli finished with 40 Test and 65 ODIs victories as captain. Meanwhile, during his tenure, India scaled new highs, including dominating the Test arena for several years.

The 59-year-old further stated Virat Kohli will now want to focus on his batting after being released off the pressure.

“So he only knows how much is he enjoying captaincy. When Sachin Tendulkar and MS Dhoni were not enjoying captaincy, they left. Similarly, when Virat thought that he had won 40 matches, six years he had been leading and now he wants to enjoy his cricket. He wants to focus on his batting and release a bit of pressure and it happens with a lot of individuals” Shastri concluded saying.