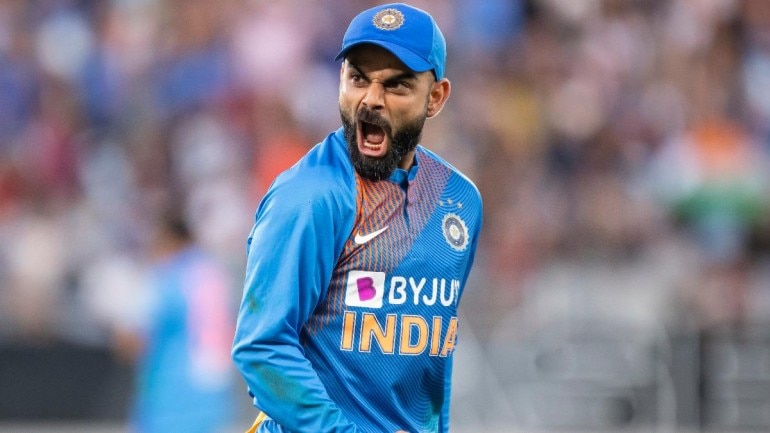 Team India skipper Virat Kohli produced a brilliant effort in the field to get rid of Henry Nicholls during the first ODI against New Zealand at the Seddon Park in Hamilton. Kohli had spoken about improving the fielding aspect of the team and what better example to set for the team.

New Zealand got off to a brilliant start in pursuit of 348 runs with Martin Guptill and Nicholls knocking the new ball bowlers at ease. They added 85 runs for the first wicket to set the platform before India bounced back with two quick wickets before Ross Taylor and Henry Nicholls look to reduce the deficit and keep the Kiwis in line for the run chase.

Nicholls and Taylor knocked off the spinners easily to keep the scoreboard ticking and in the process, the southpaw brought his half-century. As Henry Nicholls looked to convert his fifty to a big hundred, a moment of brilliance from the Indian skipper halted his innings providing India with a major breakthrough.

It was a fantastic job from the Indian skipper Virat Kohli and he knew it was out the moment he hit the stumps and roared instantly and was pumped up immediately. Ross Taylor got beaten on the inside edge on the flick and he had to rush to the other end as Henry Nicholls wanted to pinch a quick single. It was a clear case of poor judgement as it was Kohli, who was fielding at the cover, made a flashy pick-up and the Indian skipper hits bull’s eye with a forward-sprint-and-dive direct hit at the batting end to break the partnership which was proving to be fatal for the Men in Blues.