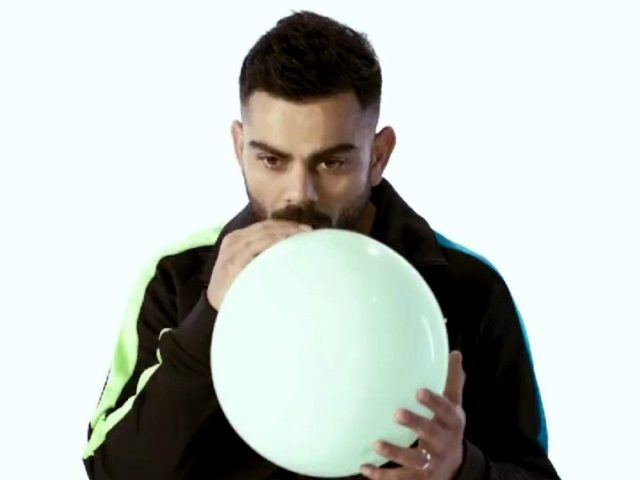 Indian skipper Virat Kohli is currently with the Indian team in South Africa preparing for the first Test against the Proteas starting from December 26 in Centurion. Any Indian team is yet to win a Test series in South Africa and there are high expectaions from the Kohli-led side.

Meanwhile, in a promotional video across his social media handles, Virat Kohli was asked a few of his most searched questions. He answered them by taking the helium Test and rested some rumours in the process.

Kohli, doing the experiment for the first time, burst out laughing many times after hearing his voice in a high pitch. At one point, he even said he had forgotten how he originally talks.

The questions asked to Virat Kohli were very basic and simple like “What does Virat Kohli do?” to cheeky ones like “What is Virat Kohli’s customer care number?” For the latter, Kohli jokingly replied that people can contact him by dialing 181818.

He also confirmed that he does not look like the Professor from The Money Heist.

Kohli was removed as India’s ODI captain, on December 8, the day when the Indian squad for the Test series was announced. The BCCI and the management were criticised for this move by the avid Indian cricket fans. There were backlash on Twitter as well. 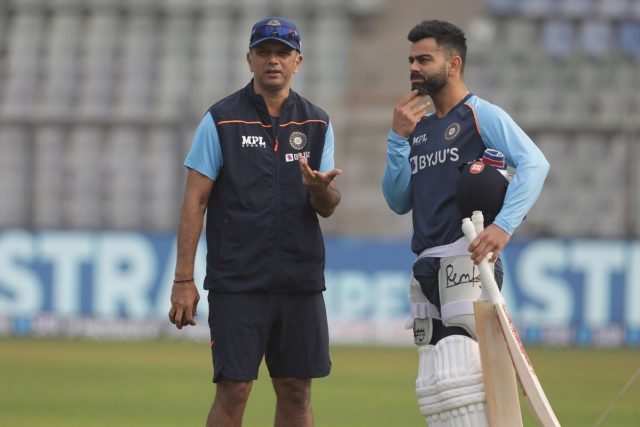 Recently Kohli’s childhood coach said that he is looking forward to see how the Indian Test skipper works with Rahul Dravid, the newly appointed Indian coach.

“Rahul Dravid is a wonderful student. His mental preparation has always been good, especially in unfavorable conditions. I am confident that Virat Kohli and Rahul Dravid’s partnership will yield positive results.”

“Rahul Dravid commands great respect. During my conversations with Virat Kohli, I’ve noticed that he respects Dravid a lot. The combination of aggressive and cool will surely benefit Indian cricket.”