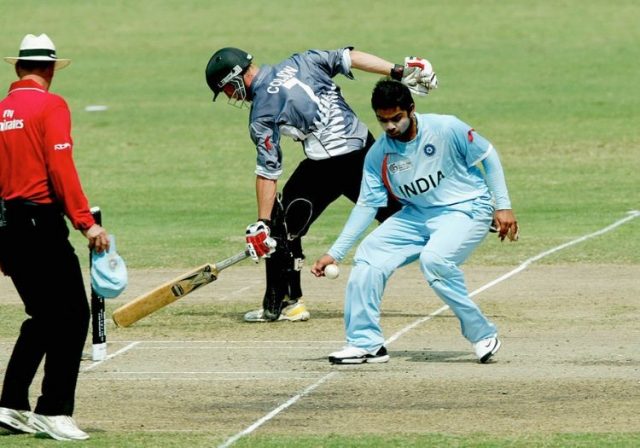 The ICC Men’s U-19 World Cup 2022 kicked off from yesterday in West Indies. On that note, let’s look down memorylane when the two greatest batters in modern-day cricket Virat Kohli and Kane Williamson came head to head during the U-19 World Cup 2008.

Kohli, who is not known for his bowling did a fairly decent job as he picked up 4 wickets in 6 matches with his medium-pace bowling, two of which came in the semi-final against New Zealand.

In the semifinal against the Black Caps, Kohli introduced himself into the attack. During the 20th over of the New Zealand innings, Virat Kohli got the better of Kiwi skipper Kane Williamson for 37 runs.

Bowling from wide of the crease, the Indian captain Virat angled the ball into Williamson, who took a couple of steps in an attempt to flick the ball away. The ball skidded past his front leg to wicketkeeper Shreevats Goswami, who did a good job to shuffle across and gather the ball before quickly whipping off the bails.

Virat Kohli returned again after one over and picked up the wicket of New Zealand batter Fraser Colson for 32 Runs. He ended with the figures of 2-27 in 7 overs. This bowling performance by Virat helped team India restrict New Zealand to 205-8 which was eventually chased down with Virat Kohli leading from the front scoring a crucial 43 runs.

India eventually won the 2008 U-19 World Cup beating South African in the finals.

“I Honestly Don’t Know About It” – Shikhar Dhawan On His...