Every Year the Royal Challengers Bangalore enjoy unmatched masses support at home during IPL. Every year thousands of RCB fans pack the Chinnaswamy stadium to support their favourite franchise. However this year, RCB will be without their incredible support during IPL 2020 in the UAE.

Ahead of the historic season, their legendary player Ab de Villiers admitted that he and the entire team will miss the adrenaline pumps that they are used to getting while playing in IPL. The South African further added that without the backing of their fans the team for sure will feel a little empty throughout the IPL season.

“I think everyone wants to play in front of big stadiums, there is a sort of adrenaline that pumps into you when the crowd gets very loud especially in the Chinnaswamy when the RCB crowd gets going, it gets difficult to stop the RCB side. We will miss that, I won’t say I am not used to it, I have played a lot of cricket in empty stadiums,” AB de Villiers said in a video uploaded by Royal Challengers Bangalore on YouTube.

“I grew up like that, it’s only during the last few years of my international career that I played in front of full stadiums. Even then, every season I used to go back to play domestic cricket and play a four-day game and there were just four-five people sitting inside the stadium. But we will miss the RCB crowd without any doubt,” de Villiers further added.

Meanwhile, the crowd support indeed plays a major part in every edition of the IPL. The players feel the buzz and produce awe-inspiring performances and help their sides win matches from the miraculous situation. However, post coronavirus pandemic sporting activities all around the world are taking place without fans.

Moreover, RCB will have to produce the goods without their fans in the upcoming IPL edition. The franchise ahead of the season looks confident as they once again will be aiming to lift their maiden IPL crown. RCB will begin their IPL 2020 campaign on September 21 against Sunrisers Hyderabad at Dubai.

IPL 2020: Watching MS Dhoni Back On Pitch Will Be A Delight- Virender Sehwag 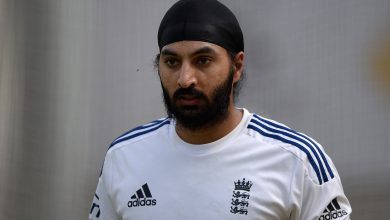