KL Rahul led Team India have had a poor start to the One Day International series as they lost the first match by 31 runs. Temba Bavuma (110) and Rassie van der Dussen (129) smashed centuries and economical performances from the bowlers sealed the deal for them.

South Africa won the toss and opted to bat first. Although they lost three crucial wickets within 20 overs, a 204-run stand between Bavuma and van der Dussen helped them put up 296 runs in their allotted 50 overs. For India, Bumrah picked up 2 wickets.

While chasing, KL Rahul got out for a mere 12. But Shikhar Dhawan and Virat Kohli added 92 runs, scoring the fifties as well. But their dismissal broke the shackle and their middle order couldn’t build partnerships.

Shardul Thakur managed to score a quickfire fifty but it was not enough for them to win and they eventually lost the game.

After the game, Temba Bavuma said: “We played close to a perfect game, that’s quite hard in 50-over cricket. We can take a lot of confidence. I struggled throughout the innings, Rassie seemed like batting on another wicket. That partnership was the decider. I tried to partner him as much as I could. Another good debut for him (Jansen), we feel he can take wickets with the new ball. He’s growing from strength to strength and it’s nice to see. Aiden is always an option with the ball, especially with the new ball. He’s been doing a fantastic job.” 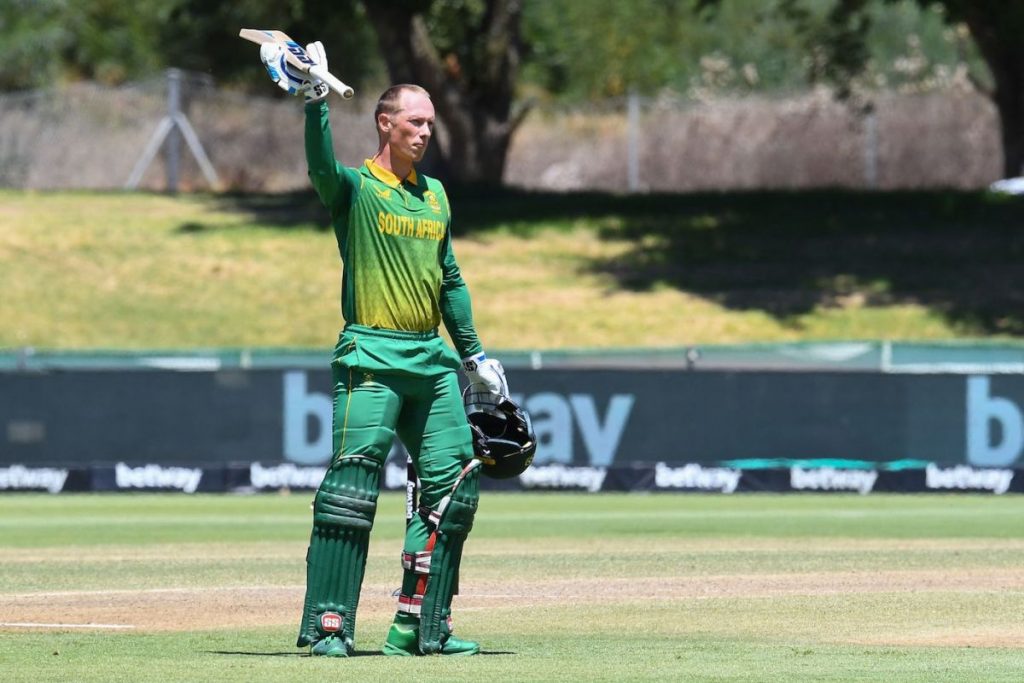 Rassie van der Dussen, who won the Player of the Match said: “The key for me was to keep the intensity and up the intensity. I went in and I knew I had to go to my sweeps and reverse-sweeps and put the pressure back on their spinners. It was important to show intent from the start. We got some momentum and put on a good score. Coming in today, we were in a bit of pressure. You need to stand up as a batter, two high-pressure chases in the Test, we were confident as a group coming into this match. We knew we’d be in a good position if we could post 280+.”

“When Shikhar and Virat were there, they were putting us under a bit of pressure. As soon as we got those two wickets, a new batter needs time to find his feet. Not the ideal last 10 overs, hopefully we can be more clinical in the future. We’ve been on a long journey with this team. We’ve put a lot of hard work in and had a lot of good chats. I think it’s coming through.”

India captain KL Rahul said: “It was a nice game. There’s so much to learn. We started off really well, we couldn’t get wickets in the middle. We’ll look to see how we get wickets in the middle overs and stop the opposition. The middle-order couldn’t get going. We were on par for the first 20-25 overs of the game. I thought we would chase it down easily but SA bowled really well and got crucial wickets.

“I didn’t bat after the 20th over, I don’t know if it changed drastically. Virat and Shikhar told that it was a good wicket to bat on, you just had to spend some time in the middle, unfortunately we couldn’t get the partnership going. They did really well, they put pressure on the bowlers and we couldn’t get those wickets in the middle. 290+ was 20 runs extra, but we just needed more partnerships in the middle. Every game is important for us, we all want to go out there and give our best performances. We haven’t played one-day cricket for a while, we have the WC in mind and we want to get the best XI on the park. We’ll make mistakes but we’ll learn from them.”